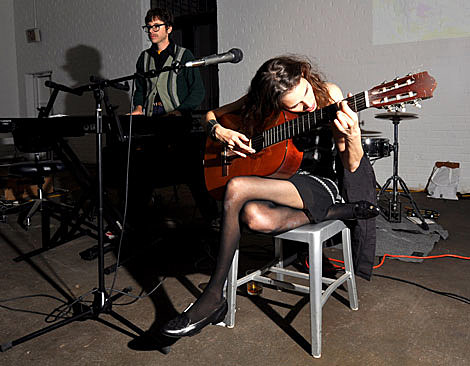 On Saturday, September 26, the Red Hook-based gallery and artist collective Kidd Yellin, where I am an "artist-in-residence," hosted a benefit concert for ShowPaper, a free bi-monthly print-only newspaper which lists all-ages music and art events in the tri-state area and features a work of art on each cover.

The event was a collaborative mix of musicians and artists. Shilpa Ray (sans all-male "Happy Hookers") was backed by friends- including Kendrick Strauch (of the recently dissolved Harlem Shakes which featured my fellow Dalton alum, Lexi Benaim). Jason Trachtenburg played keyboard on two of my songs and Rachel Trachtenburg played drums for Kendrick Strauch, before the the Trachtenburg Family Slideshow Players' own set, which also featured Tina Trachtenburg playing the slide projector. Sarah and Michelle Cagianese opened the concert with pretty songs using vocal and cello harmonies, and Your Nature closed the evening with a hard rockin' bang! - Rebecca Schiffman

More pictures and some video from the event (and about Showpaper), below... 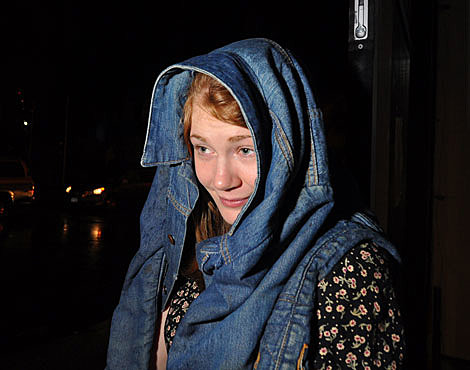 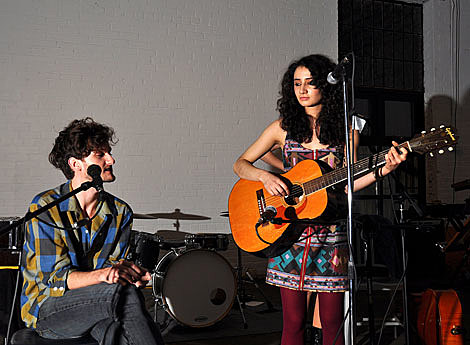 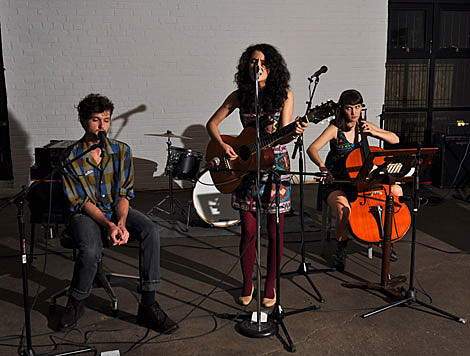 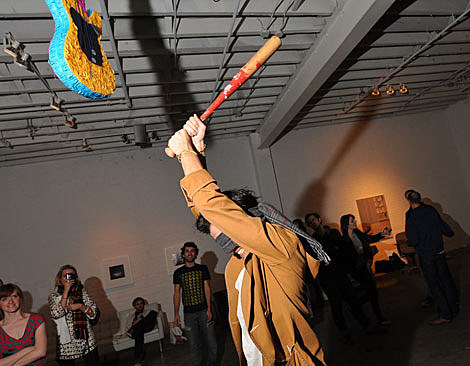 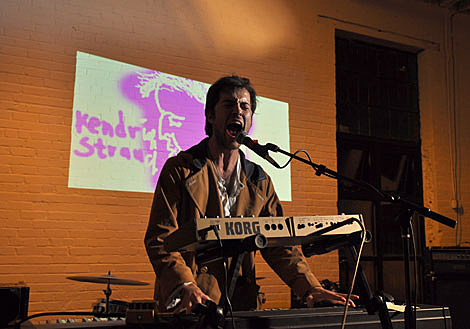 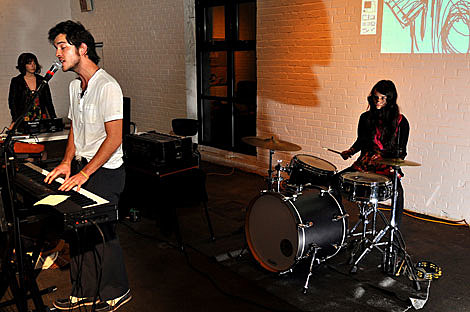 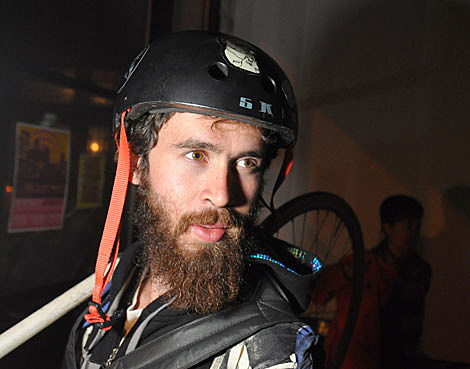 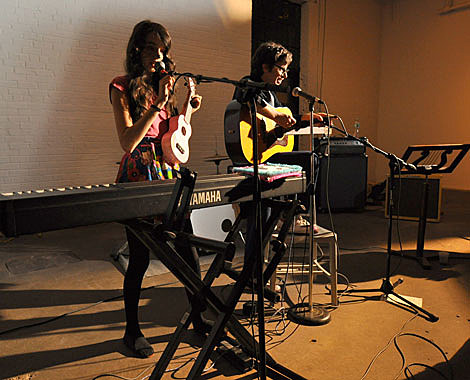 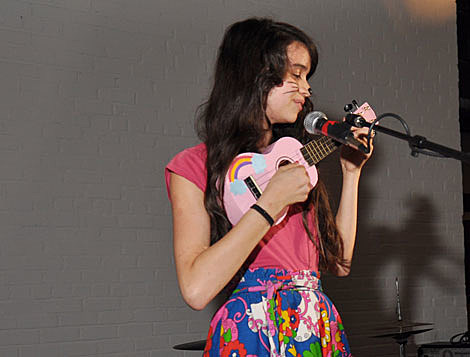 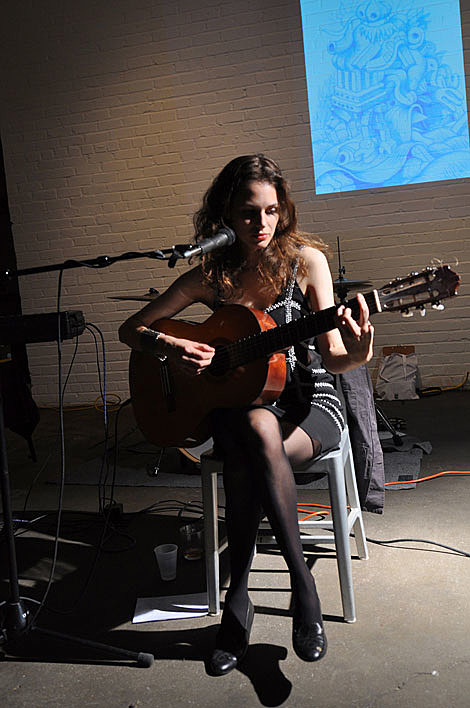 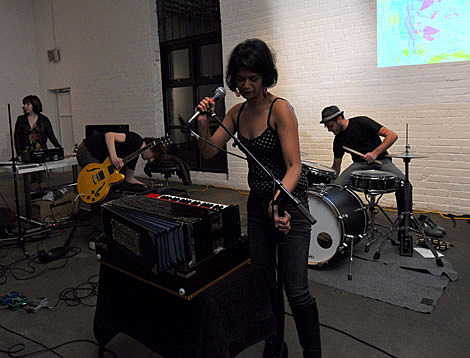 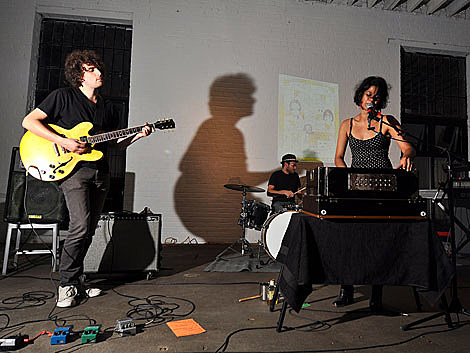 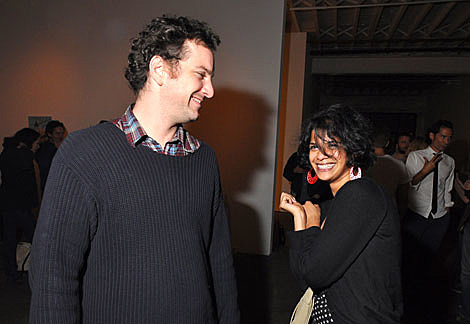 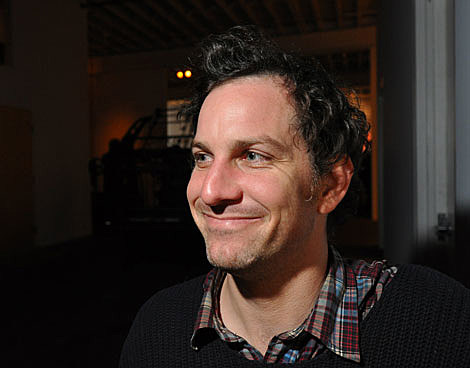 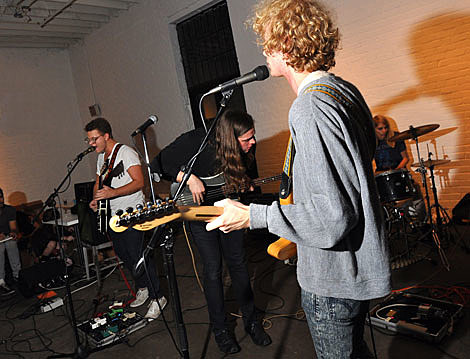