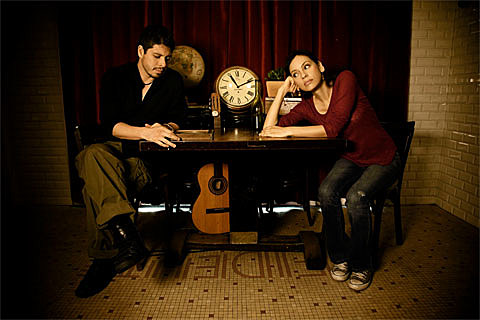 Rodrigo y Gabriela are probably excited right now. Their first-ever headlining show at NYC's Radio City Music Hall happens tonight (4/29). Tickets are still on sale if you want to go. At some point, Rod and Gab also added a May 1st show in Atlantic City, but that has been cancelled, as has a May 1st show at the Mahalia Jackson Theatre in New Orleans. Don't ask me.

Their tour continues at the Calvin Theatre in Northampton, MA on May 4th, includes a slew of European festival dates this summer, and a return trip to the United States for some more concerts in August (Boston Opera House on August 26th included) (another NYC date TBA announced around then too?).

Not counting "Glee Live In Concert!" (but counting New Kids on the Block who have the same amount of shows coming up there as Vampire Weekend) (three), the full list of currently announced Radio City Music Hall concerts is below...