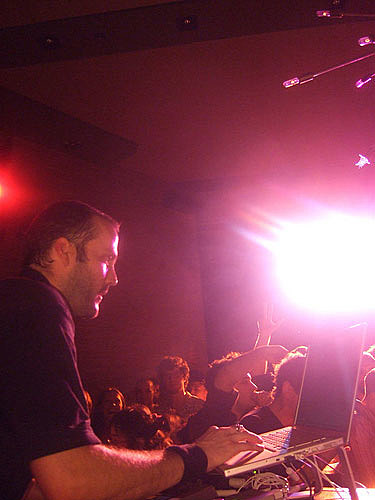 I feel like so much has happened since my last post. Unfortunately before I left, packing and all that last minute, pre-travel running around caught up with me so I was only able to go out on the 3rd. I had my first Santos experience and it couldn't have been better. No hassle at the door, good opening set from Star Eyes, very impressive set from Chromeo's Dave-1 (tons of really good, underplayed electro remixes - including the Lifelike remix of Needy Girl that was on my Montreal Muxtape, and a lot of classic French house). Despite desperately looking forward to hearing Dominique Keegan's set, I was totally beat, not dancing anymore, and leaning against a big column when he went on at 2, so I called it an early night.

Friday night I really wanted to see Montrealers, NROTB at the Annex, but it just wasn't happening. Luckily I more than made up for it with all the music I experienced the following week while I was actually in Montreal. Each experience was serious fun in some way or another. Here's the quick version of what I managed to catch:

Sunday - the Tamtams at Parc Mont-Royal and Piknic Electronikwith Mossa, The Bulgarian, and Luke Solomon at Parc Jean-Drapeau.

I arrived back in New York around 8:30 on Friday and promptly passed out after being home a few hours. Saturday morning (July 12) I read Dave's lovely post to see what was up and nearly fell off my chair when I read that Fred Falke was going to be here! I got warmed up at PS1 early in the evening, waited in the longest beer line I've ever experienced there for most of Free Blood's set, hung around for about an hour of funky, disco-ey goodness from DJ Spun, and then after a few hours I headed down to the Tribeca Grand where Solid Goldberger and I witnessed a truly great, exciting set from Fred Falke. He did it up right using a variety of electronic elements coupled with some great live bass. It was easily one of the best shows I've been to this year.

Another excellent show (also in the live/electronic vein) I've been to in '08 was the Black Ghosts at Glasslands back in May. The Ghosts will be hitting Brooklyn again with their own live/electro take at Studio B on Saturday night. More on that later this week, but be sure to RSVP ($5) to weare138nyc@yahoo.com or get a ticket online or at Other Music in the meantime! If not it will cost you $10 at the door.

Before that show and the rest of the weekend is anywhere in sight there are already a ton of things lined up to get you moving on the floor. Most of them are happening on Thursday (tonight - July 17)....

...You've got K.I.M. (1/2 of the Presets who recently announced some tour dates) at Hiro. The Rapture (who recently released a track - No Sex For Ben) are deejaying at Santos along with Dominique Keegan (Plant Music / 1/2 of the Glass), and Dirty Finger (check out his radio mix from back in '05 at the top of this post). There's also a big line-up at Studio B with Peanut Butter Wolf, DJ Nu-Mark, Brooklyn Academy, DJ IXL, and James Pants.

It's a tough decision. Dominique has yet to disappoint me with his unique NY-influenced, electro/rock selections. K.I.M.'s done some impressive remixes and I've heard his deejay sets are even better. I never really got into Peanut Butter Wolf and company, but there was a while where every blog was on about James Pants. I've been experiencing a love-hate relationship with his track "We're Through" (which you can download for free from here as well as check out an interview with Peanut Butter Wolf about James Pants) since April. I'm still not sure if I like it, but damn that cowbell gets it stuck in your head! In addition to his difficult to pinpoint sound he's got some great album artwork from Dutch artist, Parra and thumbs up from Ed Banger head, Busy P. He's got all the makings to either be really awesome, or (hopefully not) really disappointing. Check out James' and Peanut Butter Wolf's joint Fabric podcasts (#11 and 12) either by subscribing or downloading the MP3's here. RSVP, ticket info, etc. for all events mentioned below: 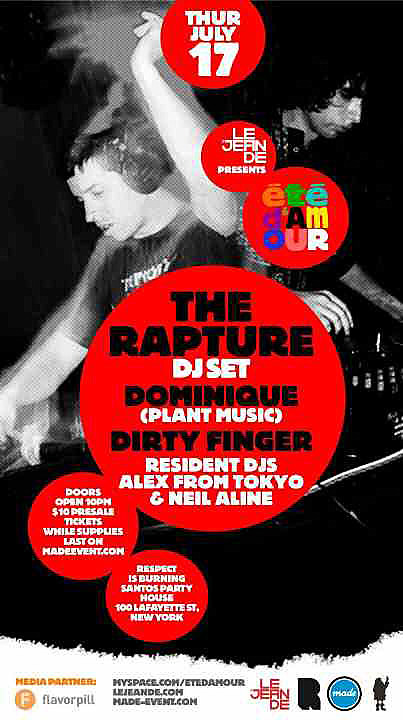 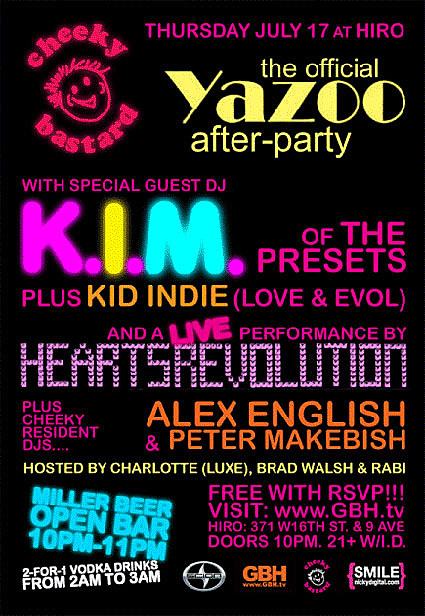 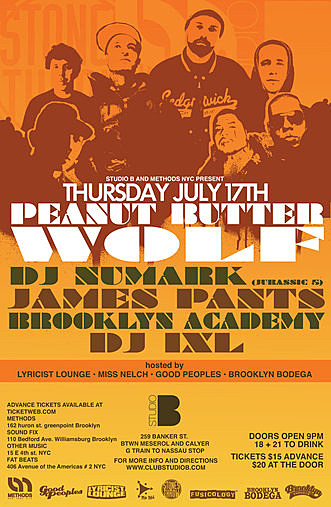 Friday and the rest of the weekend coming soon. Stay Tuned.