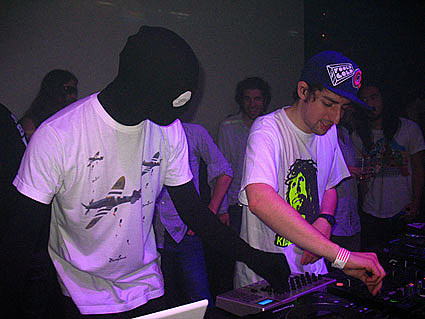 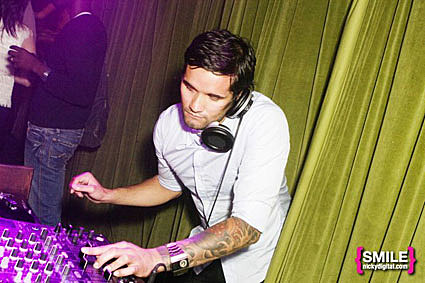 With Crookers, Green Velvet, and many other deejays in town, I'm sure a lot of dancing went down in New York this past weekend. Regrettably I wasn't around for most of it, but managed to make it out to the Youpi party at Studio B Wednesday night. Unfortunately the party did not live up to its name. I arrived with some friends around 12 or so and Studio B was maybe one quarter full (which was probably in part due to the $18/$23 cover). I am un chien!! began just after we walked in. Their sound was more rock/guitar-based with some electronic beats in the background. Unfortunately the rock overtones were on the abrasive side and made the whole experience rather unpleasant - sort of an inferior version of the Rapture at times. The lead vocalist, David Fontao, put a lot of energy into his dance-move laden performance, but ultimately his frustration with the less than enthusiastic crowd became apparent. The highlight of the show was definitely the length - at just about 30 minutes I don't think I could've taken much more.

After a fairly short dj interlude, the Naive New Beaters went on. Lead vocalist David Boring emerged wearing a very 80's-ish sweater, complete with sparklers protruding from each shoulder. While his showmanship and witty banter were a welcome and entertaining change from I am un chien!!, the novelty quickly wore off. Despite having only become familiar with their music days prior, by the end of the Naive New Beaters set I had grown completely tired of it. Their upbeat sound combined with nearly monotone spoken verses made every song sound just a bit too similar to the one prior.

Around 2:00, Les Petits Pilous (the initial reason I was drawn to the party) finally went on. I stayed for what was a super energetic and inventive opening half hour of crunchy beats, but ultimately the two prior unimpressive performances and late start time left me too drained to enjoy any more of Les Petits Pilous set.

As seems to be the norm lately, quite a few dance events are happening this week. Let's get into it... 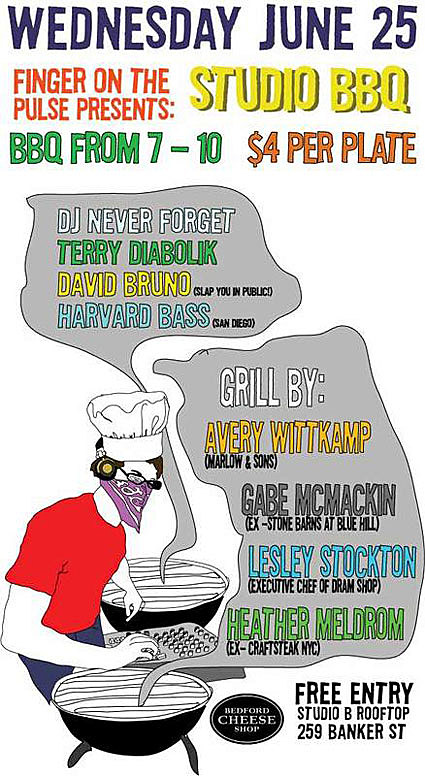 If you're hungry for more dancing once the BBQ is over, Chief Magazine is throwing a party at Bodega in Bushwick. The line-up features great new French talents Spitzer and Danger who were part of the massive dance party at Webster Hall this past weekend. I heard they were pretty great. Check the footage of Spitzer's set from Saturday and flyer with all the details below: 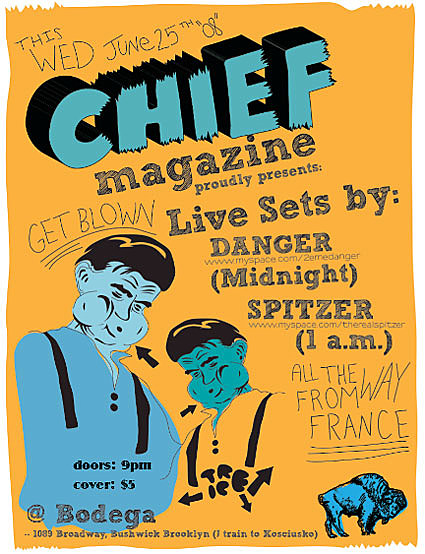 Also happening Wednesday night, Ladytron hit New York on their massive tour supporting their new album, Velocifero. With several well-received past albums under their belt and what looks to be another, Ladytron should have no shortage of good material for their Wednesday night show. Norway's poppy electro/rock band, Datarock, open. I have to be honest...I saw them twice last year and was not too into their performances. Others seems to be of similar opinion. For me they fall into that "cheeky fun, but I don't need to ever see them again" category.

If you're planning on heading to that show, you might want to consider hitting up the afterparty GBH is throwing at D'OR (downstairs from Amalia). Ladytron will be deejaying and it's on the way back to the subway. 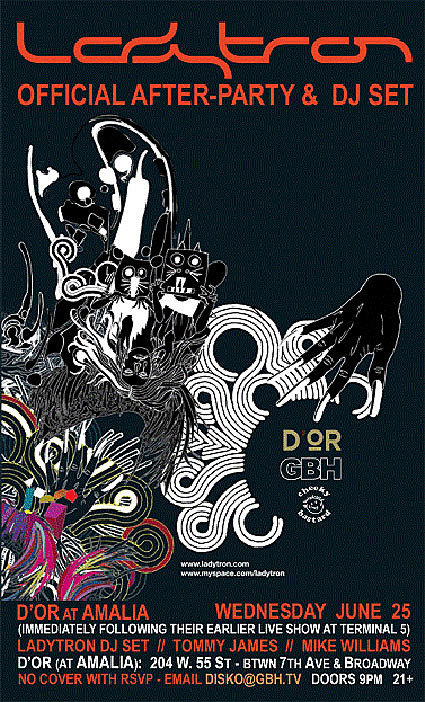 Free Admission with RSVP. Email disko@GBH.tv with your name and number of guests. When you arrive, tell the doorperson you are on the GBH Guest List. 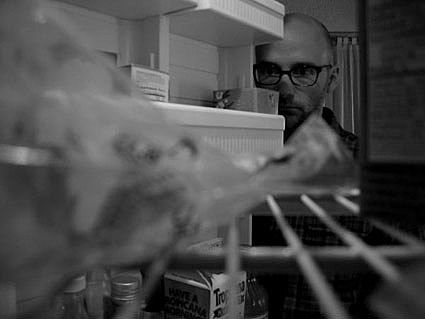 Thursday night Santos Party House is ready to make you get down at the launch of their weekly "Ete D'Amour" party. The line-up for the summer looks great, and they've brought in Moby (who's playing a sold out show with his band, The Little Death NYC, at Mercury Lounge tonights - Wednesday) and the Juan Maclean to kick things off. Juan is sure to keep things disco/house-ey, and Moby's sets are very eclectic and a lot of fun (coming from someone who was never into any of his studio releases but instantly became a fan of his deejay sets after catching him spin at Studio B last year). 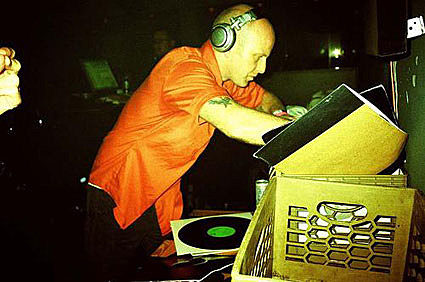 Another option for Thursday night, also in the disco vein - the American Boogie Down Sessions at APT: 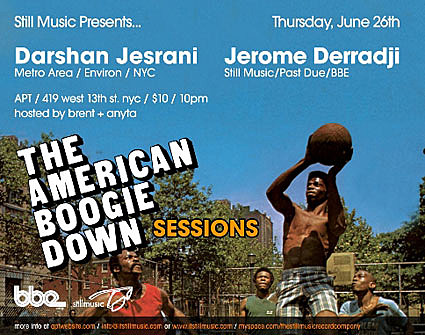 Resident spinner DJ Jerome Derradji (Still Music / BBE), strong from his ongoing worldwide tour for the American Boogie Down DCD on BBE records, invited one of his fave djs ever, Darshan Jesrani from Metro Area for the first edition of the American Boogie Down sessions, a night where all ends of the disco spectrum (and beyond) will be covered for a guaranteed sweaty dancefloor.

The party starts at 10pm and costs $10 or $5 if you RSVP to info@itstillmusic.com.

Keep busy and get warmed up for dancing away the rest of the weekend (which will be posted sometime on Friday).