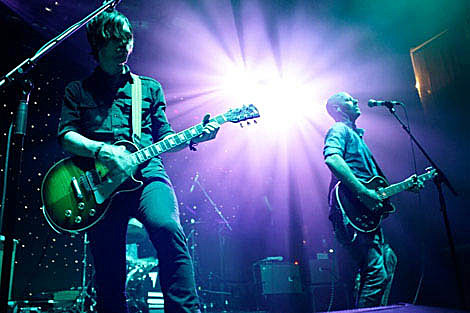 In the fall of 2008, ten years after the band's breakup, ...Shudder To Think embarked on a limited number of tour dates during which the band delivered some of the most compelling and potent shows of their career... The best of the band's live shows can be found on Shudder To Think's new album Live From Home to be released via Team Love on September 15.

And with that live album comes ANOTHER live date for NYC (yay!), Sept 2nd at Bowery Ballroom. Amex Presale kicks off at noon TODAY (7/15), with gen pop getting a crack at 'em at noon 7/17. No more Shudder dates to report at the moment, though STT front-man Craig Wedren has a show scheduled at Joe's Pub on August 4th. At that one he'll be playing with The American Contemporary Music Ensemble (ACME). Not only does that sound like a bill straight out of the Worldless Music Series, it is a bill straight out of the Wordless Music Series.

Team Love, the NYC-based label that was co-founded by Conor Oberst (and who are releasing the new Shudder album) are also the people that released Craig's 2005 solo album.

Live From Home cover art and full track-listing, along with a message from Craig about the album, is below.. 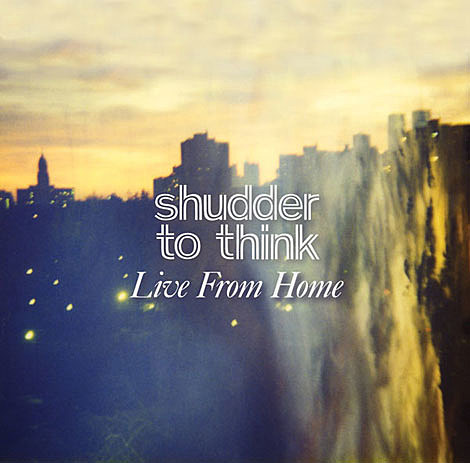 Craig Wedren/Shudder To Think - "Live From Home documents our 2008 tour, and features me (Craig Wedren) on vocals/guitar, Nathan Larson on guitar, Jesse Krakow on bass, and Mark Watrous on guitar. Now that's a lot of guitar, which you can hear and feel f'real, even if you weren't at any of the shows. We think Live From Home does a slam-bang job of representing, and in some cases toppling altogether, a lot of the original recordings. 'About Three Dreams' is a particular favorite, and I think we may finally have gotten a solid version of 'Day Ditty' down for the lovers. We feel that these songs transcend time and trends, and we hope that they'll feel as fresh to you as they did to us when we played them again last year, for the first time in over a decade."