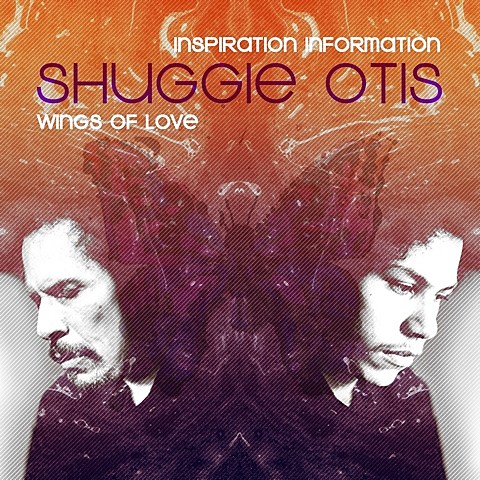 As mentioned, cult psychedelic soul singer/instrumentalist Shuggie Otis, who released three solo albums including 1974's classic Inspiration Information (whose song "Strawberry Letter 23" you may recognize as the sample in Outkast's "Ms. Jackson"), is reissuing that album this year with bonus tracks along with a compilation of previously unreleased material recorded between 1975 and 2000 called Wings of Love. The albums come out April 16 via Epic/Legacy and can be pre-ordered now. That's the cover art above and the tracklists for both albums and a stream of Inspiration Information are below.

Shuggie announced a tour in support of the new album which hits NYC on April 19 at BB King's (tickets) and he's recently expanded it to include international dates and another NYC show happening much sooner at Highline Ballroom on January 10 with People Get Ready, Ofei, Joshua Nelson, and DJ Kool Herc. That show is being co-presented by Summerstage and Santa Monica Pier Curators and tickets are on sale now.

An updated list of dates, album tracklists, and streams are below...