LCD Soundsystem at MSG in 2011 (more by Dominick Mastrangelo) 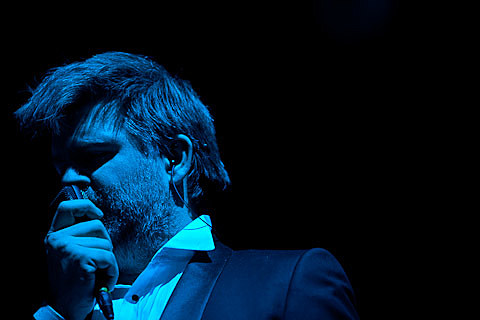 There's already been quite a few chances to catch screenings of LCD Soundsystem documentary Shut Up and Play the Hits in NYC, and now while we await the DVD and Blu-Ray release (10/9), we've been given yet another chance to see the film. It will screen on the 25 ft screen at new outdoor Brooklyn venue The Well this Saturday (9/15) and it's totally free. The screening is being presented by Rooftop Films, NYC & Company, and Flavorpill and there will be a special guest DJ set from Dubspot before the screening. Doors are at 7 PM and entry is 18+. The flier for the screening is below.

The Shut Up and Play the Hits screening is one of the three remaining Rooftop Films screenings of the season, including the free IFB Labs Showcase Screening at Solar One on Monday (9/17) (on the pier at 2420 FDR Dr.). That showcase includes excerpt screenings of multiple films. You can check out the full list HERE. Doors open at 7:30 PM, there is live music TBA at 8:30, and the screenings begin at 9. There will also be a Q+A with the filmmakers.

Rooftop Films will also be presenting a screening of Brooklyn Brothers Beat the Best, which we just presented a screening of at Knitting Factory, and whose fictional band turned into a real band that played Cake Shop last Tuesday (9/11). The screening happens this Tuesday (9/18) at Open Road Rooftop (350 Grand St above New Design High School) Solar One. This one's free too but RSVP to brooklynbrothers@rooftopfilms.com is required. Doors are 7:30 PM, the band Brooklyn Brothers will play at 8:30, and the screening begins at 9.

Meanwhile, speaking of The Well, where Shut Up and Play the Hits screens, there's still only a few live shows scheduled there. Peter Murphy just played last month and the next upcoming live show is Ty Segall and Thee Oh Sees on September 22 with K-Holes and DJ Jonathan Toubin. Tickets for that show are still available.

Flier for the Shut Up and Play the Hits screening is below.. 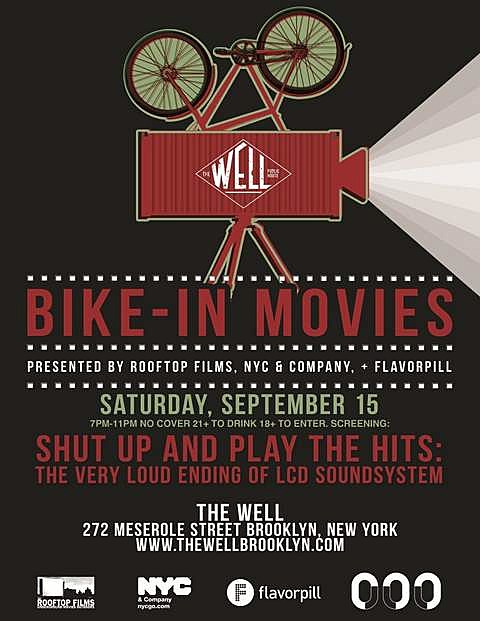