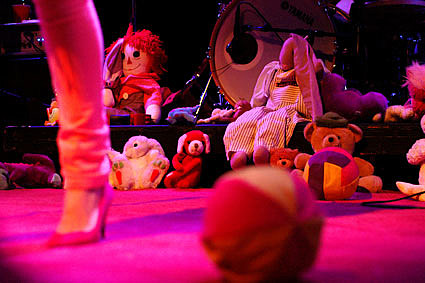 Sia's show at the Fillmore in San Francisco last month was truly great. The house was full of what seemed to be die hard fans; there was an abundance of crowd interaction including three separate gift bag exchanges. A fan would give Sia the gift bag and Sia would open it on stage. Gifts included sparkly suspenders, a funky hat, miscellaneous tsatskes, and a pair of men's AND women's pants. seriously.

Set included tracks from her most recent album "Some People Have Real Problems" - my favorites included "Lentil" and "Academia". She also played an unreleased track from an upcoming animated series called "H Crusader"; the track "Co-Dependent" can be seen here. Encore track of "Sommersault" was really good too. 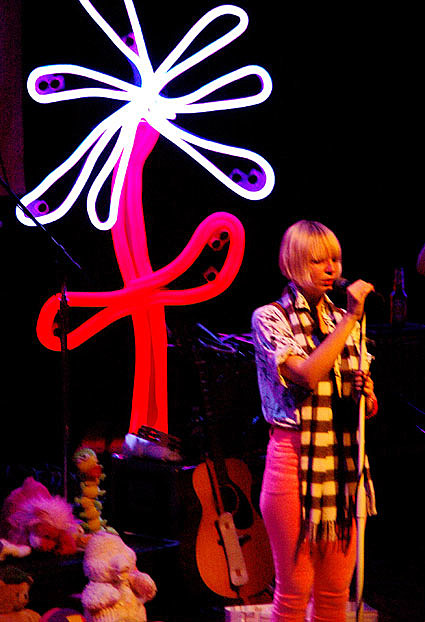