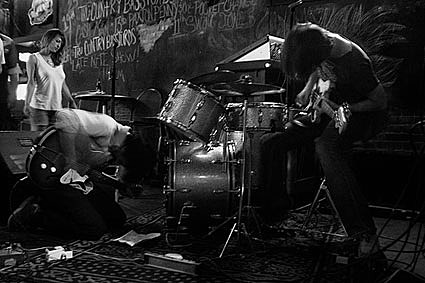 Another busy weekend, eh? The Village Voice Siren Festival, now in it's eighth year, is just one of those things you go to, despite massive crowds and the tendency for it to always fall on the hottest, most humid day of the Summer. (Saturday's high is predicted as 90°.) It's a good excuse to visit one of the last seedy places left in New York before it gets its makeover and, for me, a chance to ride the Cyclone and visit my favorite pizzeria in the five boroughs, Totonno's.

Despite falling on the same weekend as the Pitchfork fest in Chicago (and competition from River to River, Summerstage and JellyNYC's Pool Parties), the Siren organizers have put together a good lineup. Hard to really complain about a free show, especially one with Stephen Malkmus, Broken Social Scene, Islands and The Dodos. Also Film School who I don't think get enough credit as good as they are. I'm also curious to see new Matador signees Jaguar Love who I bet will be entertaining even though I find the singer's voice a bit hard to take.

This year's Siren Fest also features an Official Afterparty at Music Hall of Williamsburg with Apes and Androids, A Place to Bury Strangers and Marnie Stern which could upstage the Coney Island show, depending on how all-out A&A go. (And they tend to go all-out.) However, it's not your only good option in Williamsburg on Saturday night (July 19).

At Glasslands on Saturday, there's a pretty killer bill featuring The Crystal Stilts, San Francisco's Girls. I caught the Crystal Stilts at the Charleston last week, and they just get better (and further from the JAMC comparisons) every time. Definitely one of my favorite NYC bands of the moment and their full-length debut is due out later this year on Slumberland. Meanwhile, Girls are fairly new to me but the songs on RCRDLBL are really good fuzzy pop (I'm trying really hard not to use "shoegaze" so much anymore) and even better is the single "Morning Light" to which there's a good video found further down this post. This is the first time in NYC, and they'll be playing four shows total here, including the Stereogum/MyOpenBar show tonight (July 17) at Market Hotel with Quinn Walker and Imaad Waasif.

Also visiting this weekend from San Francisco (and also a two-piece) are Sic Alps whose fourth album, U.S. EZ, was just released this week. If you're unfamiliar with them, it's sort of '60s psychedelic rock/pop/folk with some '90s indie rock int there too. As much as I like the new album (check out "Bathman" at the top of this post), the best place to start is with A Long Way Around to a Shortcut, which collects a handful of singles and EPs the band have released over the last couple years. Sic Alps play Death by Audio on Saturday (7/19, with Cause Co-Motion and others) and Union Pool on Sunday (7/20). As DBA and Glasslands are literally right around the corner from each other, it might be possible to hit the key bands at both shows if set times allow.

As exciting as all that is, for me nothing is more exciting than the arrival of Jarvis Cocker next week. Monday's (7/21) show at Music Hall of Williamsburg is sold out, but there are still tickets available for Tuesday's (7/22) show at Terminal 5. I am opposed to venues of that size in general, but Jarvis has the charisma and starpower to make it worth it somewhere that big. Even at 44, the man remains a total sex machine, worth every penny of the $37.50 ticket price. The first night of his Webster Hall double-header last year was my favorite gig of 2008 -- without playing a single Pulp song. If you've been hemming and hawing about getting tickets... just do it.

A couple more worthy shows. Cheeseburger are playing Mercury Lounge on Friday and if you've never experienced the mayhem that is one of their shows, now is the time. Once known mainly for the drunken buffoonery, they have really come into their own as a great rock band. These days it's the fans who indulge in the shenanigans, as the band are too busy contributing songs to Grand Theft Auto IV and the new Will Ferrell movie, Stepbrothers ("Derby Day" plays over the closing credits). Love is Laughter headline the bill but you might want to get there early to catch Coin Under Tongue who are signed to Death by Audio records and feature George from Dirty on Purpose who describes the band as "metal." I'd call it more grunge but check 'em out at judge for yourself.

And finally, UK singer-songwriter Ed Harcourt is playing some shows early next week in support of the domestic release of his 2006 UK album, The Beautiful Lie which got spanked with a 1.9 in Pitchfork yesterday. Even his lesser album (the latest is no Here Be Monsters or From Every Sphere) have a couple worthy singles on it (The Beautiful Lie's "Visit from a Dead Dog" is great), and Ed is an entertaining, funny live performer and if I wasn't already totally booked up on the dates he's playing here I would totally go and see him.

A whole mess of tour dates... 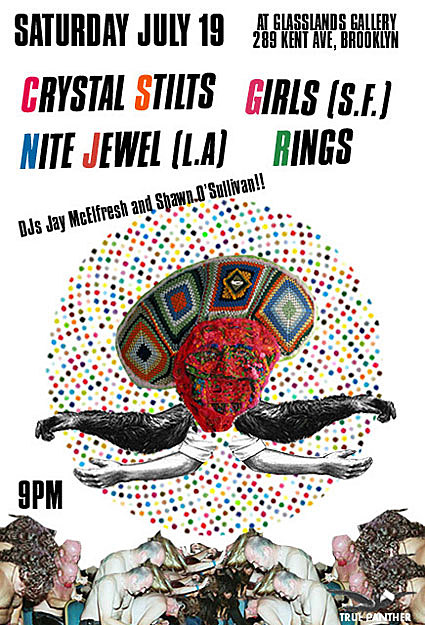 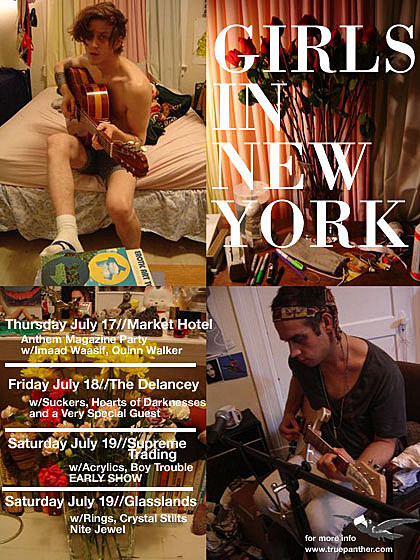