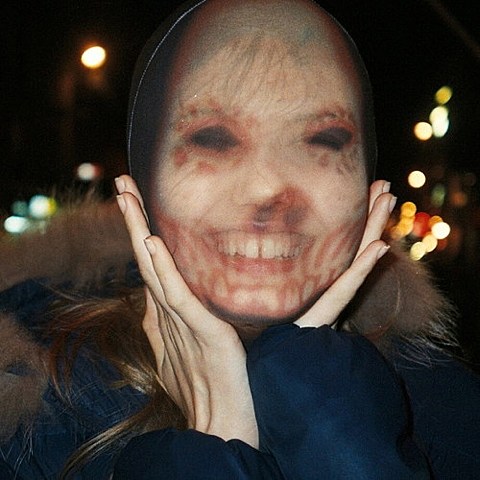 Don Devore has been involved in many projects over the years, including '90s Philly punk band Ink & Dagger (who briefly reunited in 2010/11 with Geoff Rickly on vocals) and Brooklyn psych pop band Amazing Baby (who you may remember from the MGMT/Yeasayer buzz era, and maybe saw open for either or both of those bands in NYC), as well as quite a few others.

Don's now in yet another band, Sick Feeling, who currently have a residency at Trans-Pecos in Ridgewood, Queens. Sick Feeling has him back on his punk game, but it's noisier, garagier, and sounds more directly inspired by traditional hardcore than Ink & Dagger. Check out three tracks, plus a remix of one of them by Tell, below.

The Trans-Pecos residency is co-presented by Terrible Records (which is co-owned by Grizzly Bear's Chris Taylor and features non-punk music like Solange and Empress Of) and includes upcoming shows TONIGHT (7/17) and the following Thursday (7/24). Tonight's show is with Terrible associate Dev Hynes performing a new piece, Concret 1, as well as Dutch Guts, Cassavetes and Georgia. Cities Aviv was initially billed but appears to have dropped off. Flyer for tonight's show, below.

Then next Thursday it's with Dev once again, this time as his Gayer project with collaborator/girlfriend Samantha Urbani, as well as Tell (who we mentioned above remixed a Sick Feeling track).

You can also catch Dev's main band, Blood Orange, for free in NYC at their upcoming Central Park Summerstage (8/16) show. 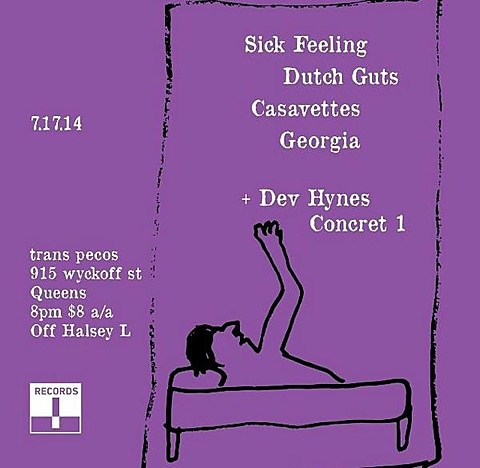