photo: Sick Feeling at BV-RBSS at Palisades in 2014 (more by Amanda Hatfield) 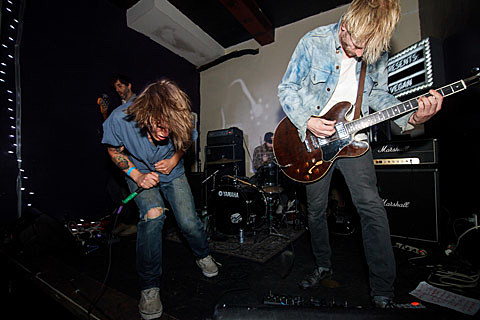 LA Southern Lord-signed hardcore band Obliterations (not to be confused with Norwegian Relapse-signed death metal band Obliteration) have announced that they'll return to the road this February for a North American tour with NYC's Sick Feeling. That tour hits NYC on February 20 at Saint Vitus. Tickets are not on sale yet but should be soon via Ticketfly. All dates are listed below.

Their newest LP, Poison Everything, came out this past fall and was one of Kurt Ballou's favorite albums that he worked on in 2014. Stream it in full below.

You can also catch Sick Feeling in their hometown much sooner. As discussed, they play Baby's All Right with Big Ups on Wednesday (1/14). Flagland and Downies are on the bill too, and tickets are still available. Their debut LP, Suburban Myth, comes out next week (1/20) via Geoff Rickly's Collect Records, and they've made the whole thing available to stream. Listen (via SPIN) below... 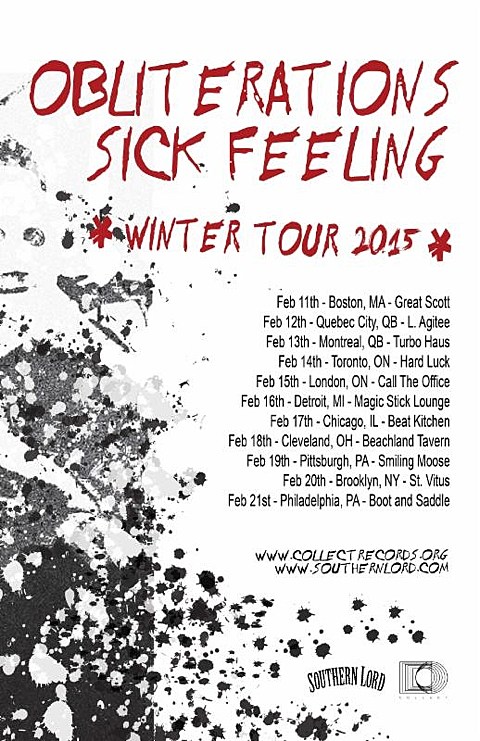