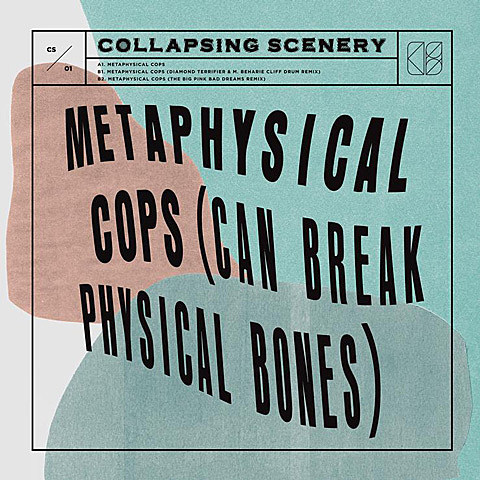 Don De Vore, of Sick Feeling and Ink & Dagger, has a new electronic-based project called Collapsing Scenery. More of a multidisciplinary art collective, Collapsing Scenery have just released their first single, "Metaphysical Cops" which features lyrics by Reggie Debris. They describe it as such:

'Metaphysical Cops' give voice to two opposing narrators: a young man who experiences his homosexuality as a communion with the divine, and a traditionally religious voice that perceives gayness as a sort of demonic possession, shedding light on the unjust treatment of the Ugandan LBGT community and helps raise awareness and support for Spectrum Uganda Initiatives, a nonprofit that offers safe housing, healthcare, and counseling to victims.

Musically, "Metaphysical Cops" is n post-punk electro jam that would sit well next to !!! or Out Hud and you can check out the song's video below. We've got the premiere of Diamond Terrifier & M Beharie's "Cliff Drum" Remix of the song which you can listen to below.

Collapsing Scenery will be holding a "Metaphysical Cops" art event on Thursday (4/16) at D&F Gallery on Delancey St that will feature "ice sculptures, experimental performances and live music." There will also be DJ sets from remixers Diamond Terrifier and M Beharie. That event, which is co-sponsored by Trans Pecos, starts at 8 M and is free. Flyer below... 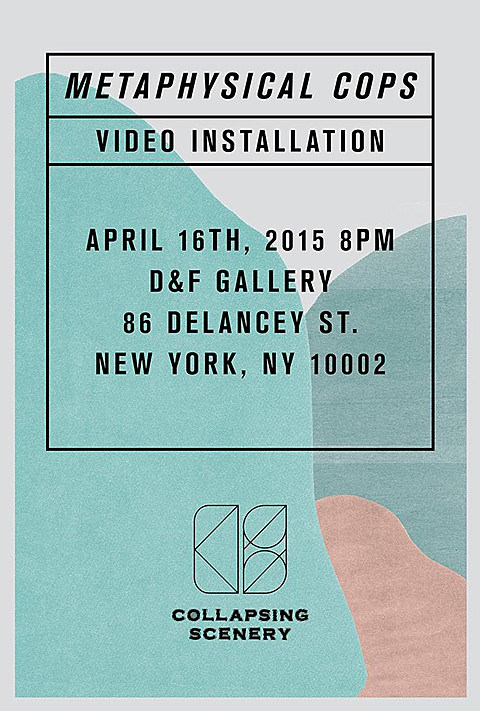