Sick Of It All at Rev25 (more by Rebecca Reed) 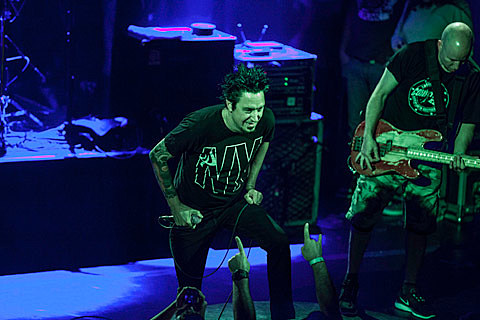 NYHC vets Sick Of It All have announced that they'll release their tenth album, The Last Act of Defiance, on September 30 (album art and tracklist below), and will play a hometown show soon after that on October 4 at Irving Plaza with fellow NYC punk vets H2O as well as Pennsylvania's Wisdom In Chains and White Collar Crime LLC. Tickets for that show are on sale now.

Meanwhile, if you're headed to Philly (or already there) for This Is Hardcore (which began yesterday, 7/24), you can also catch Wisdom In Chains there on Saturday (7/26). A ton of other great bands have still yet to play too, like Converge, Blacklisted, Title Fight, CIV, Bold, Nails, Madball (with guest ex-guitarist Matt Henderson making a special appearance), Power Trip and plenty more. Remaining day-by-day lineups for TIH, below.

If you're not headed to This Is Hardcore, you can have your own mini TIH celebration in NYC this weekend. Xibalba, who played the PA fest last night, play a free show Saturday (7/26) at Brooklyn Night Bazaar with Harm's Way, The Banner and Crushed (Trap Them and Coliseum just played the same venue). And, as discussed, UK vets Subhumans are coming over for TIH and playing Le Poisson Rouge on Sunday (7/27) with long-running NYHC band Sheer Terror, as well as White Collar Crime LLC (fka White Collar Crime) and Mischief Brew. Tickets for that show are still available. 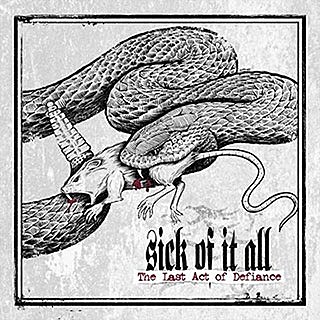 This Is Hardcore 2014 Remaining Daily Lineups

Sideshow at the Voltage Lounge:
A Loss For Words
Hundredth
Being As An Ocean
Handguns
Forever Came Calling
Sicker Than Most
No Friends