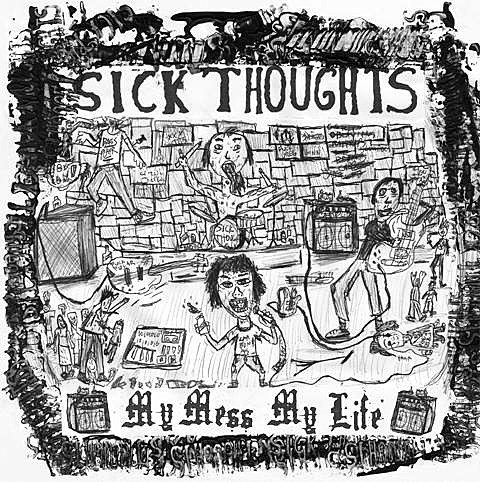 When Sick Thoughts released his debut album, Terminal Teenage, back in January, there wasn't much known about him. What we do know is that his name is Drew Owen, a 17 year old kid from Baltimore, MD, who writes and records everything on his own. He isn't able to tour at this point because he is only a junior in high school, but plans on hitting the road after he graduates next year.

Meanwhile, this week he released a new 12" EP, My Mess My Life, via Deadbeat Records. Although this isn't necessarily new material, it is the first pressing of his original demo tape.

"Piss Poor", one of the songs on the EP, is a fast paced, distorted and over before you know it ripper, that definitely sounds like someone dying to get out of the pits of high school. The video is a black and white mash up with footage of Iggy, the Hells Angels, old B-movies and Owen himself, playing guitar and goofing around. We're happy to be premiering it here today. Check it out below.