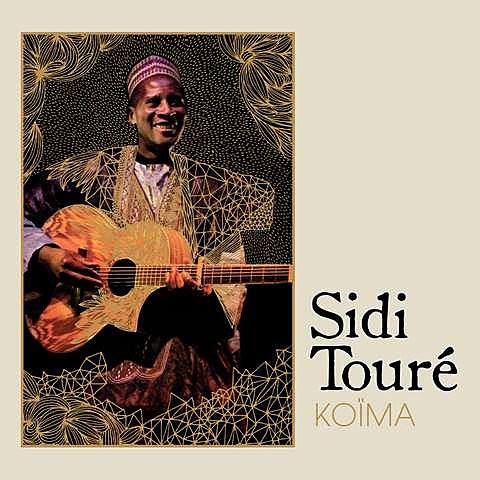 Sidi Touré, born in 1959 in the ancient town of Gao, Mali, made his first guitar as a child, constructing it from his wooden writing slate. Growing up, Sidi Touré faced a conflict between the inexorable pull of music and the expectations of family and society, plus the significance and onus of a past that came with being born into a noble family. The Touré family had been sung about, and sung to, by traditional griots for centuries, but until Sidi Touré challenged the rules as a small boy, the Touré's did not sing. Despite his family's disapproval, Sidi became the lead singer of his school's band, and then became the youngest member of Gao's regional orchestra, the Songhaï Stars, who played bi-annual festivals like the Bamako Biennale and toured both regionally and nationally. After winning the award for best singer twice, he took the band to the northern regions of Mali and to Niger, and toured much of the western Sahel region. Throughout his time making music, Sidi's sound has both captured and challenged his roots. His music moves from the translucent swaying takamba to the trance inducing Holley, while the lyrics often address many non-traditional issues. Sidi has a critical mind and his songs have a purpose. [Nat Geo Music]

Malian blues singer Sidi Touré has been making music in his home country since the 1970s and released his debut album, Hoga in 1996 on Stern's Records. In 2011, Sidi teamed up with the primarily indie rock label Thrill Jockey Records who released Sahel Folk, his second album and first in the 15 years since his debut. This past April, the label put out Sidi's third album, Koïma.

Where Sahel Folk focused on Sidi's guitar and voice and was an especially sparse album, Koïma brings in a group of collaborators who helped Sidi create a more communal work, complete with polyrhythmic percussion and prominent backing vocals. You can check out spotify streams of both albums and some videos below.

Last year, Sidi Touré went on his first North American tour which brought him to Chicago's World Music Festival, and NYC's Lincoln Center, among other places. He'll be heading out on another North American tour this summer, including two NYC shows: Joe's Pub on August 4 and a free Summerstage show at Marcus Garvey Park on August 6 with The Pedrito Martinez Group and Wouter Kellerman. Tickets for the Joe's Pub show are on sale now.

A list of all dates, videos, and album streams below...

Sidi Toure & friends in Chicago in 2011 (more by John Yingling) 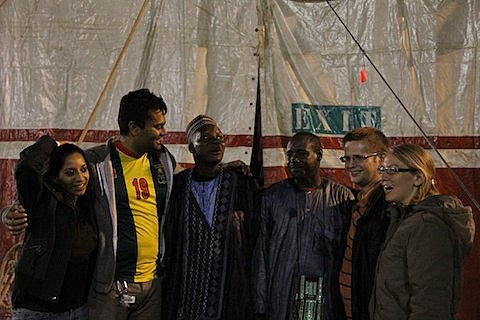 Sidi Touré on The Takeaway Show

Sidi Touré on The Takeaway Show from Thrill Jockey Records on Vimeo.