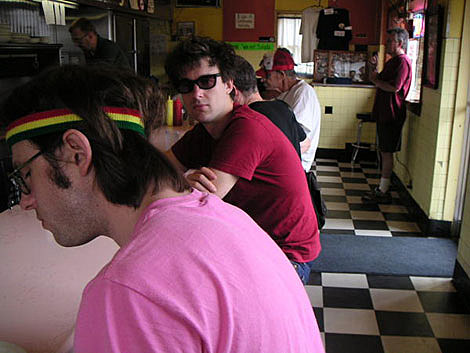 Brooklyn psych-rockers Oneida have already played out quite a bit in 2010. Videos from their January 29th set at Market Hotel, their January 30th in-store at Toronto's Sonic Boom Records, and the band's Ocropolis 3 show at Monster Island on February 6th are all posted below. If the clips are any indication, all three of dealt in extended improv. Most recently, their People of the North (side?)project also played with The Sadies at Mercury Lounge on Februay 27th.

Oneida play another hometown show on Friday, March 19th at Knitting Factory. Also on the bill are Sightings, The Library Is On Fire (at who also play Mercury Lounge on Tuesday), Spreaders and DJ Dr. Z PHd. Tickets are on sale. We also have two pair to giveaway. Details at the bottom of the post.

Sightings have a new record, City of Straw, coming out April 13th on Brah Records (distributed by Jagjaguwar/Secretly Canadian), and they'll play a record release show for that on April 15th at Death by Audio. MP3 from that album above. Cover art and tracklist below.

The above-described videos and all tour dates for Oneida (they have a show in Massachusetts and one in Canada scheduled) and the other bands listed above are below... 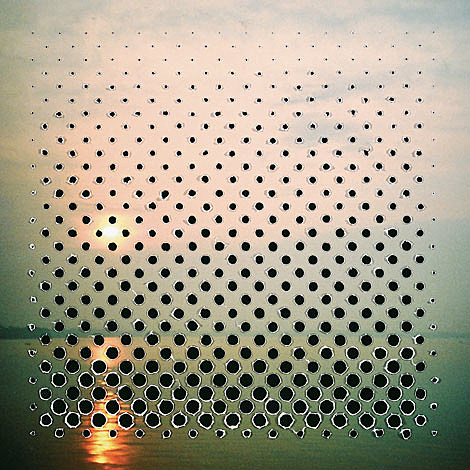 TO WIN KNITTING FACTORY TIX: email BVCONTESTS@HOTMAIL.COM (subject: Oneida). Include your first and last name. Two winners will be chosen randomly and contacted and awarded.