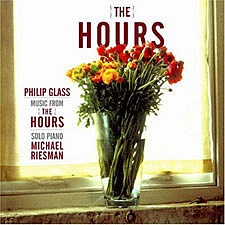 Like many other new music ensembles, Signal have the ability to shape their membership to the needs of each interpretation. Their recent performances of pieces by Steve Reich and Michael Gordon called for line-ups that were heavy on percussion or amplified guitars and keyboards. Sunday's selection of works by Philip Glass called for a more traditional spread.

Now, Signal's membership is pared down to a string orchestra form, the dancefloor of (le) Poisson Rouge arrayed with double basses, cellos, violas and violins. Signal are following their own precedent at the venue by taking up much of the club's space, and with a few more tables placed around the perimeter, there's even less room for an actual standing audience. Nevertheless, the joint looks packed once the tables are filled, with folks squeezed in front of the bar, their absolute silence falling with uncanny suddenness once conductor Brad Lubman takes his position. This is a very positive factor for the venue. Just before commencement, David Bowie's Hunky Dory album is strumming out of the speakers, the crowd chattering loudly. Then, a complete switch takes place within moments, as the audience snaps into concentration mode. This is the kind of musical schizophrenia that helps make the club a crucial addition to the scene, now fully established after nearly a year's innovative activity.

The first half of the concert presents Symphony No. 3, for 19 strings, which was composed in 1995. Certain key Glass motifs are distilled into their purest essence, as the strings resonate with a gloriously harmonised warmth. Lubman leads the ensemble in creating a beautifully rounded sound in this perfect acoustic space. It's sweetly sonorous, but also edged with an occasional dynamic aggression, a morbid groaning. The audience are gathered around with such intimacy that the physical distancing normally experienced when listening to 'classical' music is banished. Ironically, for a mere $20 they can bask in an experience that's akin to the old elitist form of presentation, huddled around in a dimly-lit, courtly space.

With only a short break, the suite from The Hours follows, featuring the pianist Michael Riesman, who lends an even greater sense of authority, not least due to his long-running position as musical director for the Philip Glass Ensemble. Lubman has already conducted Riesman in this piece as part of the Chicago Symphony Orchestra's MusicNOW series in 2008. In 2003, the pianist had arranged and condensed the movie soundtrack into a three-part suite. Riesman was the soloist on the original recording. His piano is only inches away from the the tables, and he's bathed in a subtle glow, like some shamanistic leader, just wandered in from the wilderness. His touch is graceful and extremely delicate, attuned to each direction as Lubman casts glances over his shoulder, prompting the smooth transition from rippling piano phrase to ensemble echo. There's a circular sequence of exquisite violin and viola solos that match Riesman's own sensitivity. A harpist sits patiently, waiting for her eventual entrance, along with a quiet keyboard, both adding a new element to the gradually swelling panorama. As with the Reich and Gordon interpretations, Signal are once again supported by their chosen composer. The spotlight swings around as the end-applause continues, and there's Philip Glass, sitting up in the raised table-section to the rear. He looks suitably impressed.