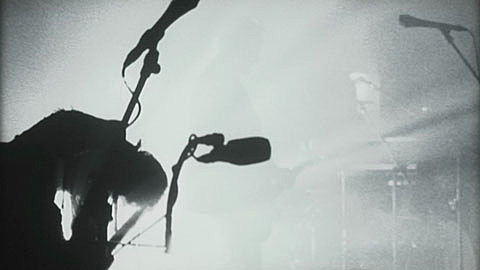 Sigur Ros will release their new record, Valtari, on May 29 via EMI/XL. You've already heard "Ekki Mukk", and another album track, "Dauoalogn," premiered on the CW's "The Vampire Diaries" last week (listen to that below).

This Thursday (5/17), you'll get a chance to hear Valtari in full when the band stream the album in full at 7 PM in every time zone worldwide, during what they're calling Valtari Hour. The album will be playing at local radio stations, local record stores, and at the Valtari Hour link. It will be playing on WNYC in NYC. The full (and growing) list is below. NPR affiliate stations like KEXP, WFUV, KCMP and more will also be posting the stream on their websites. Those who listen to the album at a record store will have the opportunity to pre-order the album with a limited edition Valtari print and enter to win a Valtari prize pack, which includes a "Valtari vinyl test pressing, a copy of the very-sold-out RSD exclusive Hvarf/Heim LP on clear vinyl, and a custom, limited print." The band is also encouraging fans to discuss the album on twitter and Instagram while its streaming using the hastag #valtarihour. The Valtari Hour flier is below.

Meanwhile, TONIGHT (5/14), City Winery will be hosting a screening of INNI, the live film that Sigur Ros released last year. $5 Tickets are on sale now. Doors open at 6 and the show starts at 8.

Sigur Ros will go on tour this summer, which includes the sold out Prospect Park show on July 31. 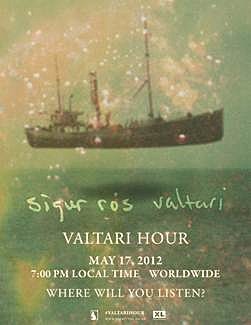