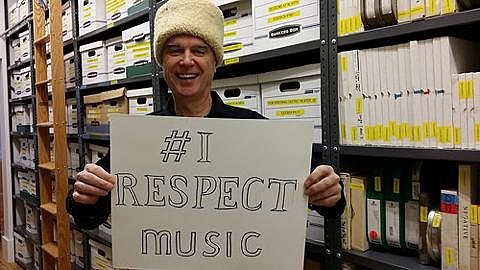 The NY Times published an article on Sunday that makes the case that art is NOT in fact dead in NYC, and that many of those complaining are really just old, nostalgic for their youth, and out of touch. It's an interesting read that includes mentions of Death By Audio, Nonsense NYC, Monster Island, the band Bubbles, Goodbye Blue Monday, and Silent Barn.

Silent Barn is somewhat hilariously pitted against David Byrne in the article (which was written by Alan Feuer). Byrne has been known to discuss the expensive real estate related problems artists face if they want to live in NYC, but apparently Silent Barn's Nathan Cearley isn't buying it...

"To survive for the long term, we have to grow up and have adult conversations about stuff like loans and workers' compensation," said Nathan Cearley, a Silent Barn veteran, who also works as a schoolteacher, plays in a "void drone" band called Long Distance Poison and serves on the collective's working group for logistical issues, which is known as Risky Bizness.

"I don't see David Byrne investing in real estate and trying to lower prices so that artists can stay here," Mr. Cearley said. (Mr. Byrne responded in an email that he failed to see how a real-estate investment, "even if I had the spare cash," would lower rents for artists.)

Mr. Cearley then went on: "If David Byrne isn't interested in art anymore" -- in his email Mr. Byrne said that he was -- "I suppose that's good to know. But we are. So instead complaining about the end of art in New York, I'd love to see him save it. Because he can write us a check anytime he wants." [NY Times]