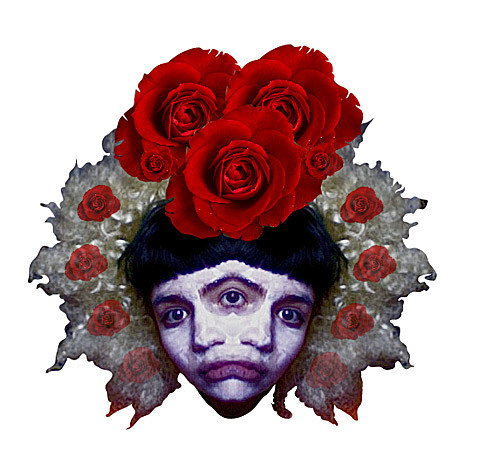 It's the weekend before CMJ which is usually pretty quiet, but...not this year. Me, I'm probably staying in. But you might want to check out:

Montreal's cute synthpop band  Silly Kissers are visiting, playing three shows this weekend: tonight (10/14) at Cake Shop, then Friday (10/15) at Silent Barn and Sunday at Glasslands. The band were here for CMJ last year, playing the M for Montreal night at Arlene's Grocery where they wore mime makeup which was probably a mistake. They were better when I saw them in their hometown last November:

"Silly Kissers didn't wear mime makeup this time (like they did at CMJ) which is a definite plus, but I really don't think they are "export ready." Which is not a dis. Their low fi, cutesy (sometimes charming) version of '80s synthpop would be more at home at a house party rather than with the fancy lights at club Juste Pour Rire."

Which makes all three places Silly Kissers are playing pretty ideal settings for them. They are fun, and the songs -- sugary, '80s-inspired indie-dancepop -- are undeniably catchy. Check out "Treat Me Like You Do" at the top of this post.

All three shows are with fellow MTL-er Claire Boucher who performs under the name Grimes. Her new record, Halafaxa, is a "pay what you want" download from their label's website. Ethereal, occasionally dub-infected and danceable, Halafaxa should appeal to fans of Delorean and Sally Shapiro (or even old 4AD bands like Colourbox or Dif Juz). Definitely worth a click. You can download "Weregild" from it at the top of the this post to give you a taste. Like a lot of music like this, making it interesting to watch in a live setting is the big hurdle. Can she do it? Go see them live.

By the way, I'll talk more about this later, but as we just pointed out, M For Montreal's 2010 CMJ showcase will again be at Arlene's Grocery, but this time with Random Recipe, The Luyas, Uncle Bad Touch, PS I Love You, Radio Radio, and Red Mass. 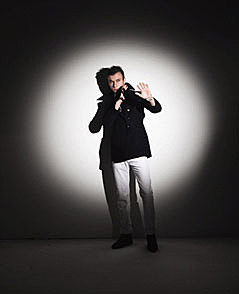 London's Wolf Gang play the second of their NYC shows tonight (10/14). I have a soft spot for this sort of melodramatic anthemicism, especially when you add a dancey element to it. Did anyone go see them last night at Santos? You can check out two tracks at the top of this post: "Lions in Cages" which is pretty typical of what Wolf Gang do, and "Pieces of You" which sounds a little more like Grizzly Bear or something.

The show also has Acrylics on the bill who I like a lot but have been pretty quiet for the last six months so I'm anxious to see what they've been up to. Like maybe they've been making their debut album? Let's hope. Also playing are Safe and Painted Faces who I know bubkis about. 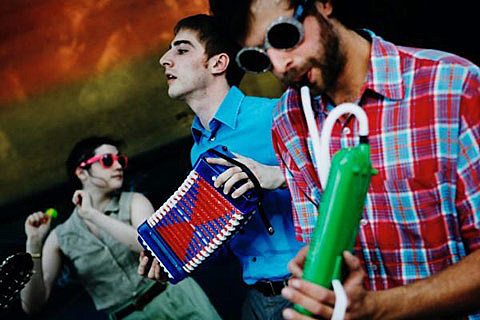 And finally I'd like to highlight a pretty cool show at Bruar Falls on Friday (10/15). Headlining are Toys & Tiny Instruments who don't need a lot of explanation. You see their name, and you know what they do.  But they're much better than you might expect. They played Bruar Falls back in the Spring and while the night started with some eye-rolling -- oh boy what is this novelty thing about to happen? -- everyone there ended up kinda being wowed. They may buy their gear at Toys R' Us but that doesn't mean they don't write awesome songs, and that they can't play their instruments well. I liked them so much I had them play my lunchtime series at the Seaport over the summer and they were great there too. Friday is the first show they've played since then and it's a release party for their debut EP.

The rest of the bill is pretty notable and eclectic: Joe Jack Talcum of the Dead Milkmen (he sang lead on "Punk Rock Girl"); home recording legend R. Stevie Moore; and Beth Sorrentino who some of you may remember from '90s indie pop band Suddenly, Tammy! whose song "Lamp" still makes it onto mixes around my house. 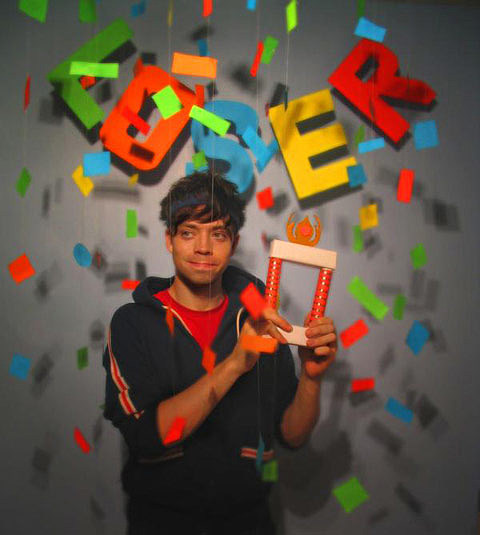 And a few more DAILY PICKS NOT COVERED ABOVE

Fans of Los Campesinos!, who play Music Hall of Williamsburg Friday and Saturday night, might be interested to know that Rob Taylor also performs solo under the name Sparky Deathcap and will be doing so tonight at the Rock Shop. It's a free show starts at 8pm sharp.

The Delancey may feel a bit like Silent Barn tonight what with a lineup that includes My Teenage Stride, Lame Drivers, Suprisers and Easter Vomit. You can download five new MTS songs, all of which are good, over at Free Music Archive. 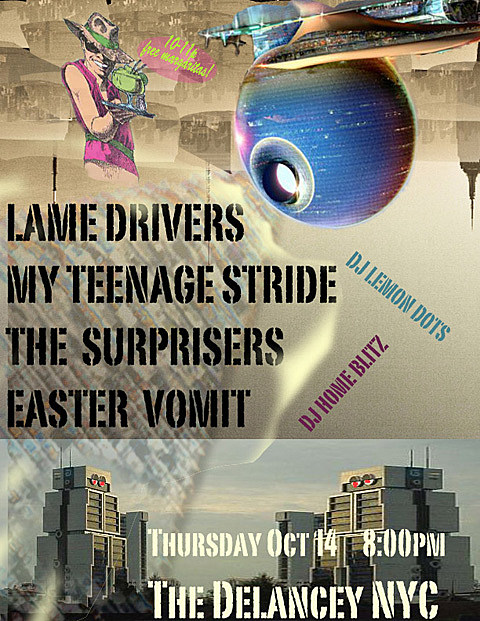 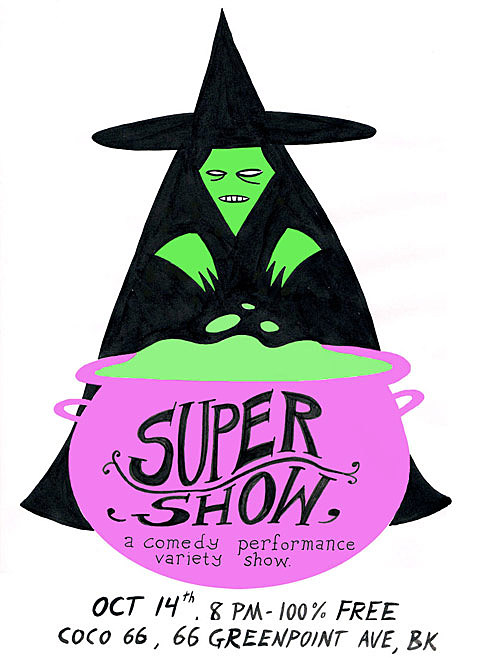 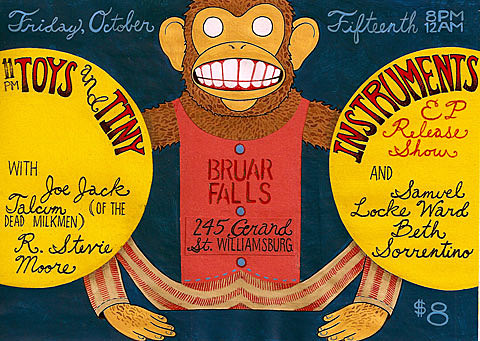 Translations, my new favorite local band, play Cake Shop. If you havent downloaded their free digital single yet, do so now. It's great Flying Nun-GVB style indie rock. I have yet to see them live, hopefully tonight. Also on the bill: Brisbane, Australia's dancerock duo the DZ (a little like DFA1979). 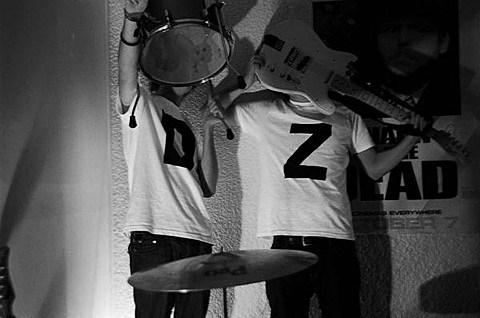 Cake Shop should be in full lascivious mayhem mode for Hunx & His Punx, Babies and the K-Holes.

Death by Audio has a rockin lineup, with Nashville's Turbofruits and Pujol (on tour together - dates below), plus Liquor Store and new Kanine signees Dream Diary.

And that's it for this week. No TWII next week, but I will have daily picks starting Tuesday for the CMJ onslaught. Flyers, videos and tour dates below... 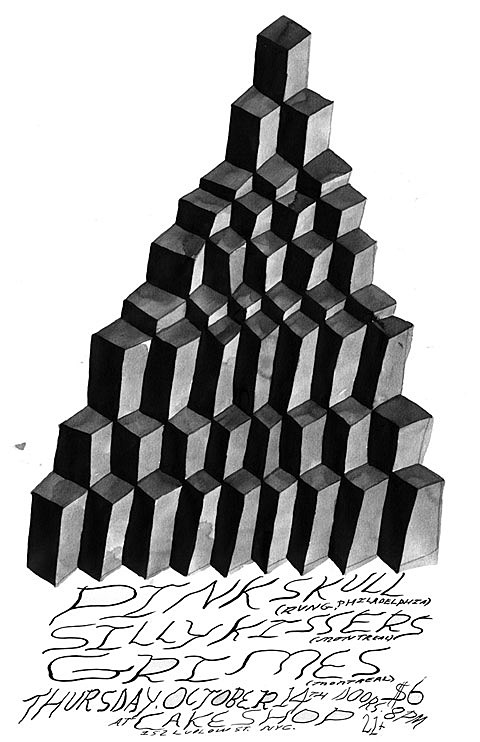 Wolf Gang - Back to Back