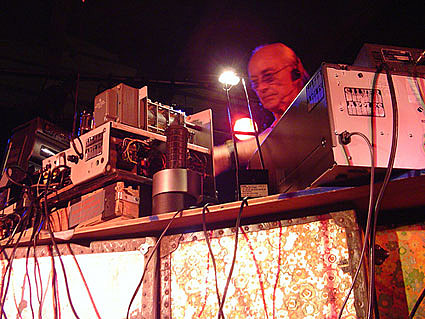 Danny Taylor passed away in 2005 (RIP), but Simeon is still at it. Now in the middle of their first tour since 1999 (and with a new drummer?), Silver Apples played Knitting Factory in NYC last night (Sep 12, 2007). Missed it? Luckily they're playing again in NYC tonight - TWICE. All remaining dates below....