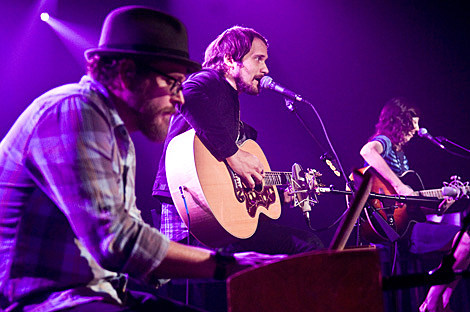 "Two days before they take the stage at All Points West, Silversun Pickups played a private show at the PC Richard and Son theater in New York's Tribeca neighborhood, giving 200 online contest winners the chance to catch a stripped down, acoustic set from the fuzzed-out L.A. indie rockers....

...The set abruptly closed with the band's most successful track to date, "Lazy Eye" (from 2006's Carnavas), after which Aubert stumbled over his guitar resting on its floor stand, knocking it over. In response, Aubert jokingly grabbed a nearby chair and tossed it, doing his best impression of a raging rock star. He then quickly apologized to the staff for doing so, and sat the chair back upright." [Rolling Stone]

The PC Richard set was on Friday (7/31). They played All Points West, just barely, on Sunday (8/2). Due to rain, they ended up being the first band to play on the main stage. Steel Train and The Gaslight Anthem were both supposed to play before them, but their sets were cancelled. More pictures from the Manhattan show, and the setlist, below... 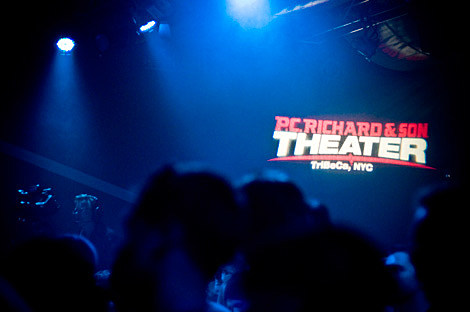 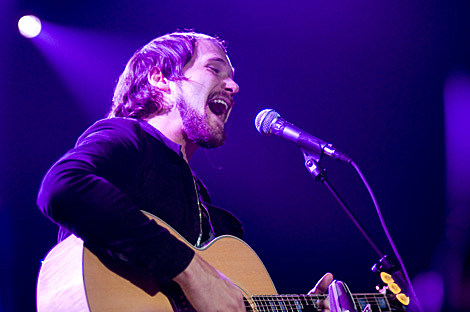 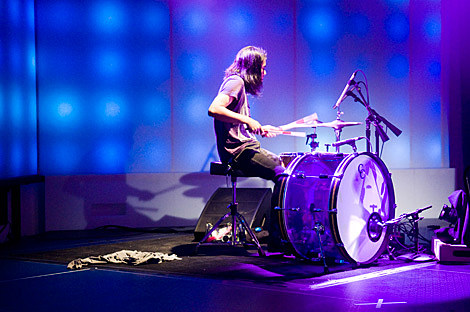 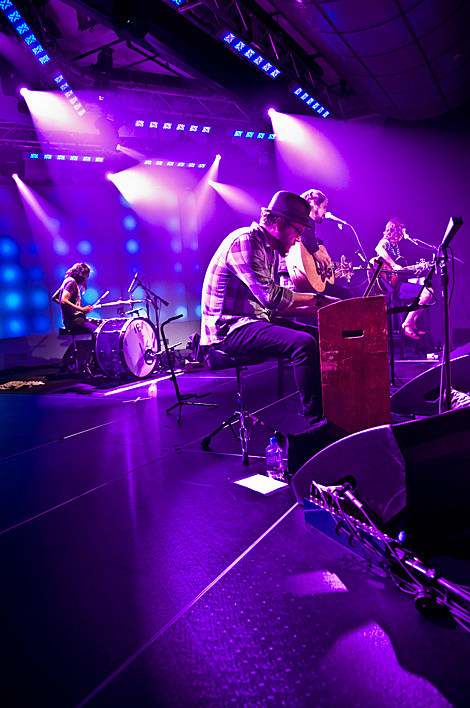 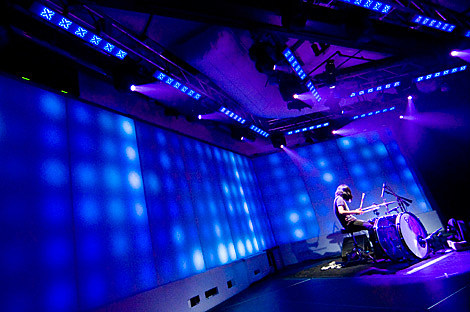 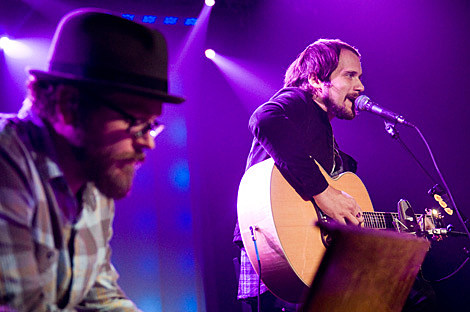 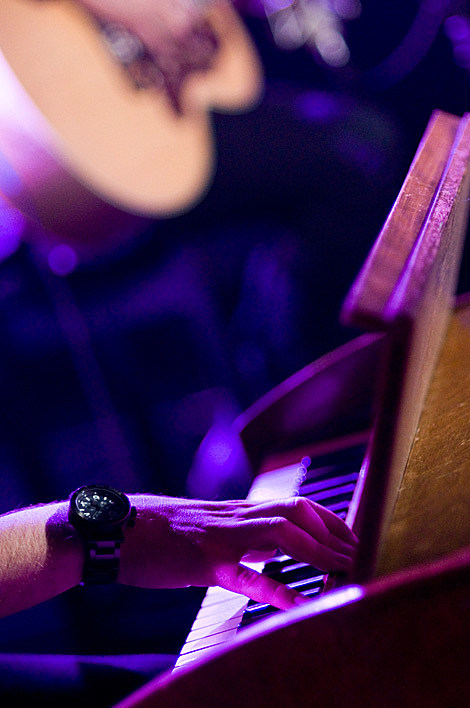 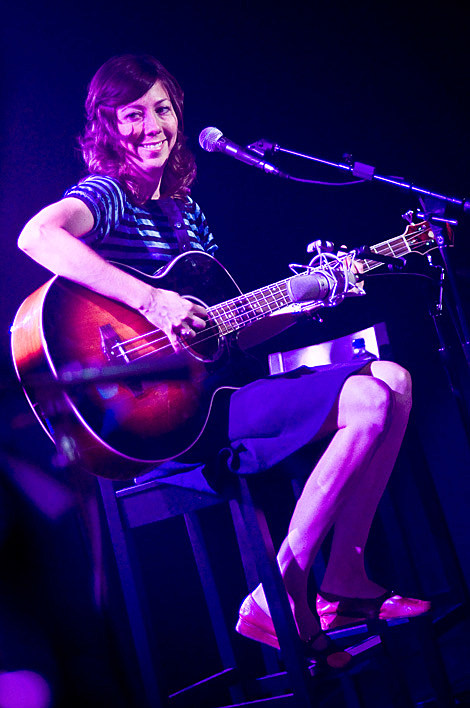 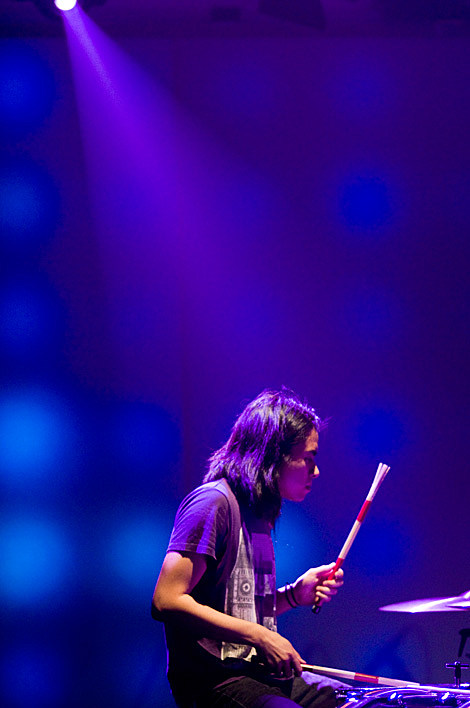 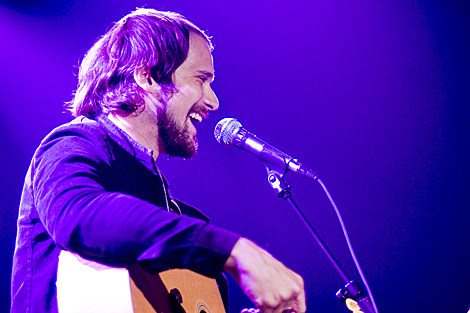 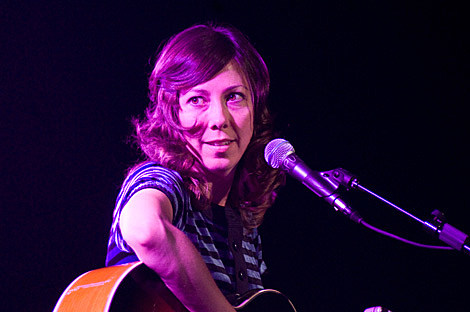 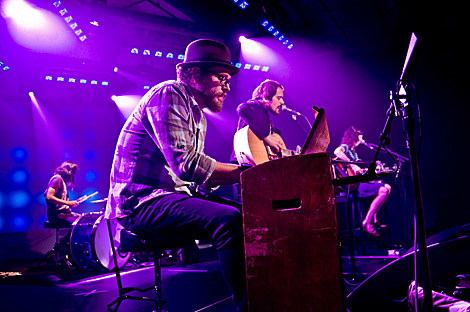 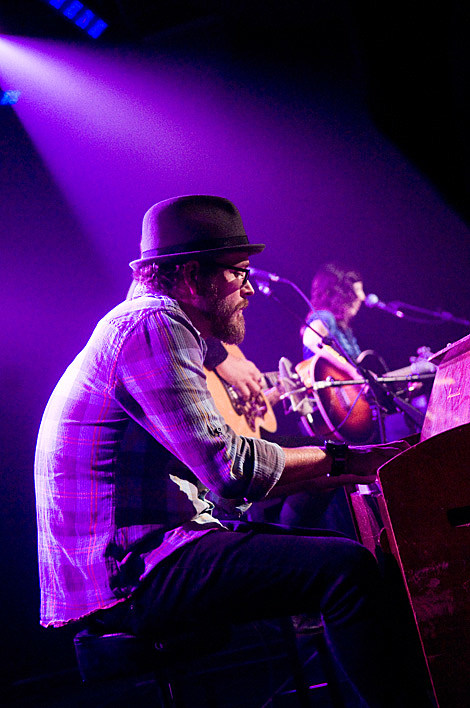 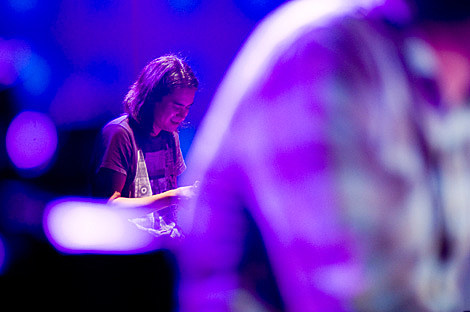 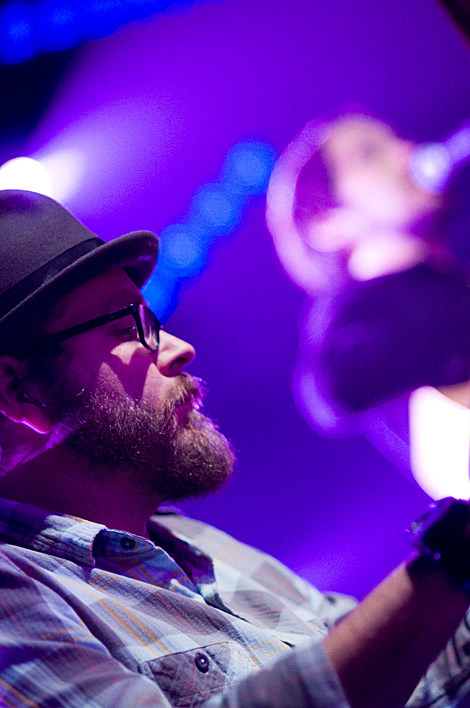 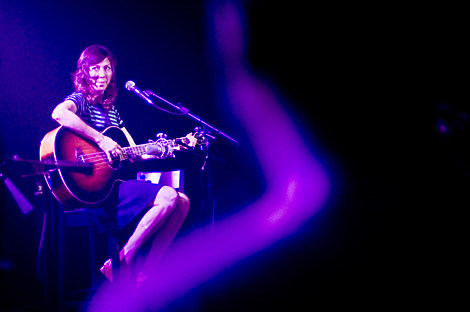 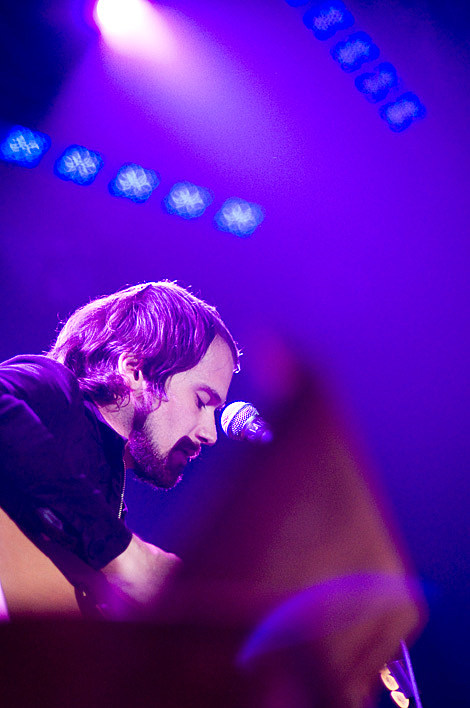 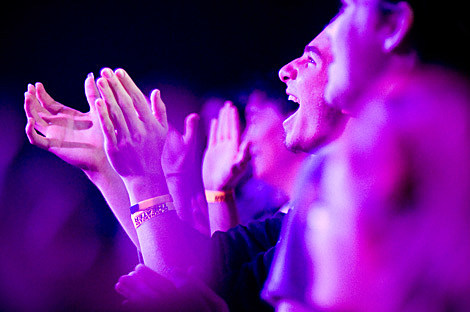 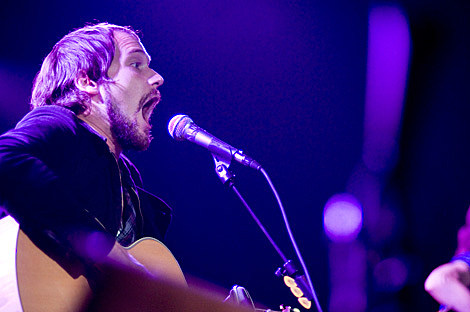 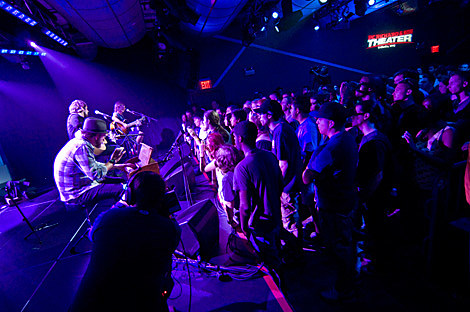 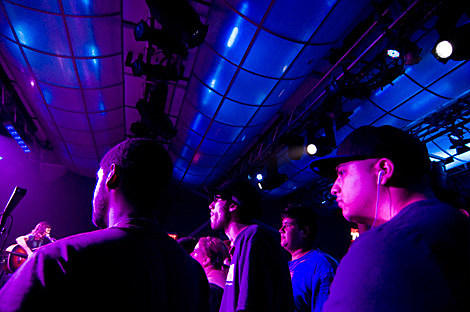 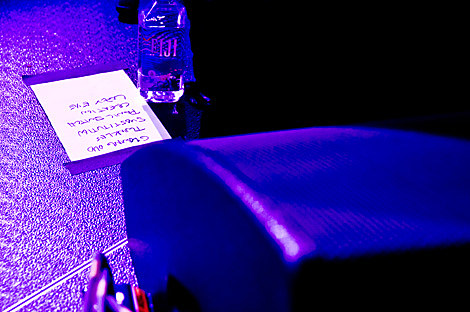 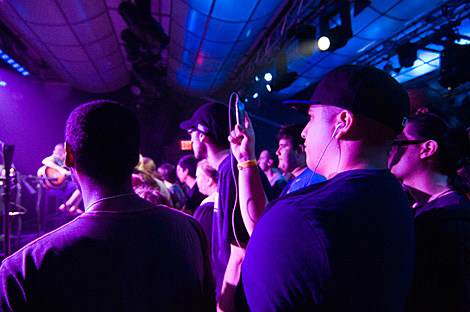