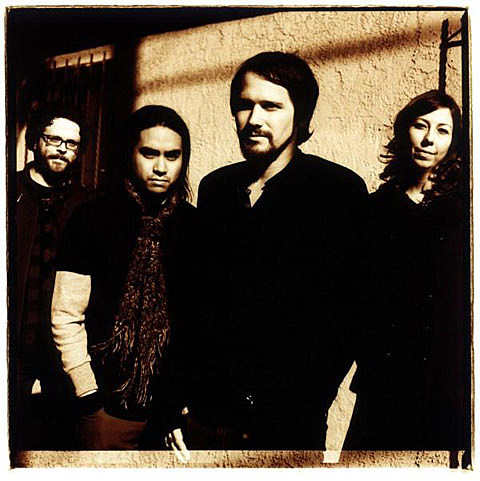 Silversun Pickups are set to announce a summer tour today. While we wait for the full dates, we can say that one of those shows will happen Friday, June 25th at Williamsburg Waterfront. Also on the bill are Florida punks with a new album on the way Against Me! and L.A.'s The Henry Clay People (who also have a new disc, Somewhere on the Golden Coast, due in June on TBD Records). Tickets go on sale Saturday at noon.

UPDATE: All dates announced. They include Wellmont Theater. Check them out below.

Silversun Pickups join Modest Mouse, Faith No More and Nas & Damian Marley, all of whom also have shows scheduled at the Waterfront this summer.

Against Me! are on tour now. They play Asbury Park on April 29th.

SP's last record, Swoon, came out in April 2009. A video of the band playing their song "Panic Switch" from that on Jimmy Kimmel in January is posted below with all tour dates...