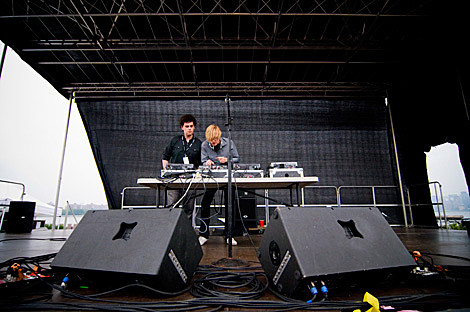 Simian Mobile Disco will be DJing at Fixed's March 11th party at (Le) Poisson Rouge. The show will be first of a quarterly (4x a year) residency for the UK duo at Fixed. Tickets for the first date are on sale. The other exact NY show dates are still TBA.

SMD have some other DJ sets planned too - a few in March around the LPR show, and a few in May around Sasquach. Presumably that will also be around the time when their second quarter NYC show happens, possibly at Santos Party House where six more Fixed parties are already scheduled. Full list below.

The video for their song "Cruel intentions," which features Beth Ditto on vocals, is below. It was on their latest record, Temporary Pleasure, which came out in August 2009 on Wichita Recordings. In February, SMD released an EP, Extra Temporary, which "compiles the four tracks from the bonus second CD of Temporary Pleasure, along with the two bonus tracks from the iTunes version of the album." The video, all tour dates, a flyer and the upcoming Fixed schedule are below... 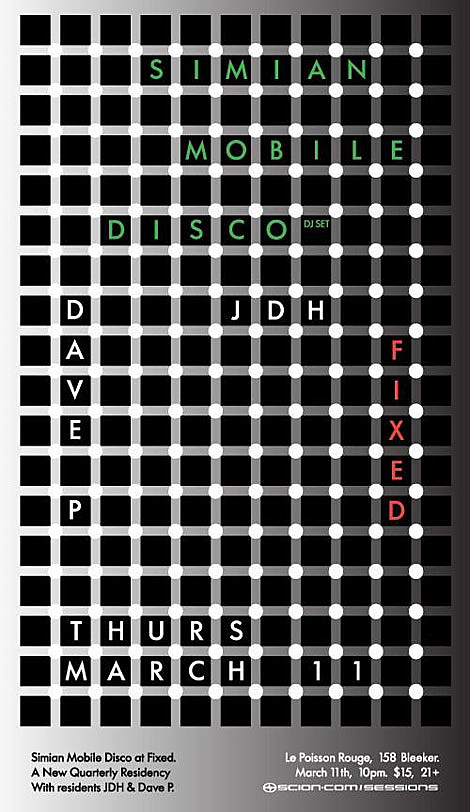 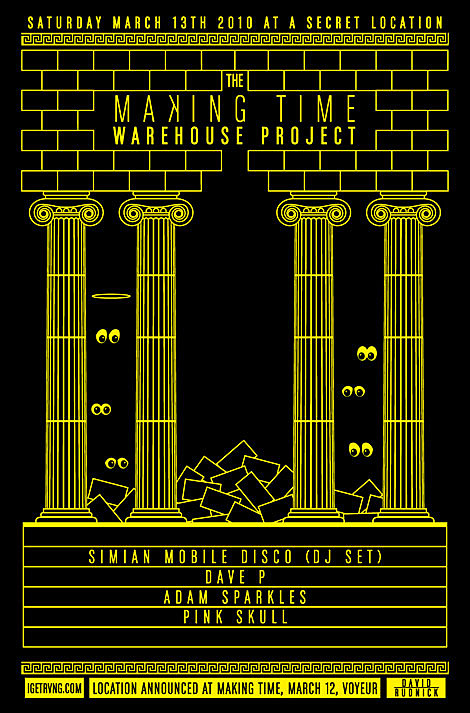