Simian Mobile Disco at PS1 in 2011 (more by Erez Avissar) 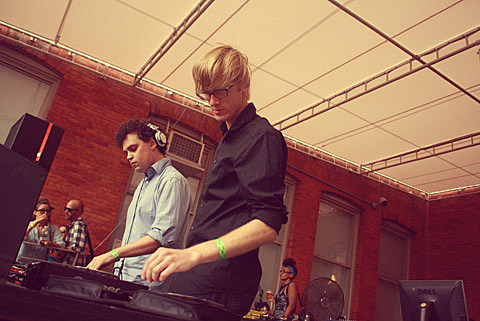 Simian Mobile Disco released their new LP, Unpatterns, this week via Wichita Recordings. It's a bit of a return to form to their dancefloor-ready debut, Attack, Decay, Sustain Release, rather than the in your face electropop of 2009's Temporary Pleasure. Not as many guest vocalists on the new album, and when they do appear on Unpatterns, they're backgrounded and sparse, like Jamie Lidell's contribution to "Put Your Hands Together." Check out a stream of the entire album below.

Simian Mobile Disco are continuing to tour in support of the album, and will come to NYC this month to DJ Webster Hall on May 25 with DJ sets by Michael Mayer, Lindstrom, FIXED DJs JDH & Dave P< and Alex English & Rekles. Tickets for this show are on sale now. The flier for this show is below.

Simian Mobile Disco will return to NY for Camp Bisco which goes down in Mariaville, NY from July 12-14. Other artists playing include Amon Tobin, Big Boi, Tycho, Thundercat, Shigeto, Daedelus, Skrillex, Star Slinger, Crystal Castles, and more. Tickets for the fest are on sale.

Speaking of Lindstrom, his most recent album, Six Cups of Rebel was released earlier this year. You can stream that entire album below and download the track, "De Javu," at the top of this post.

And speaking of FIXED, their Kindness-headlined show at Le Poisson Rouge is TONIGHT (5/17). It's the NYC live debut for Kindness, whose solid debut LP, Word, You Need a Change of Mind, was released this year. Tickets for tonight's show are still available.

Album streams, show flier and a list of all dates are below. 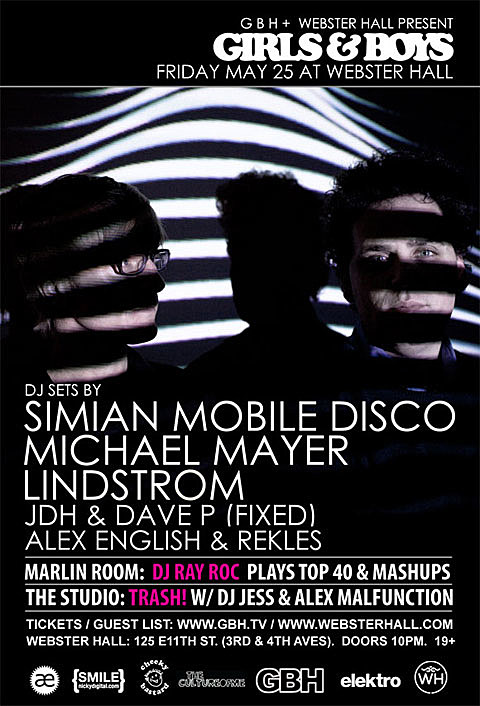