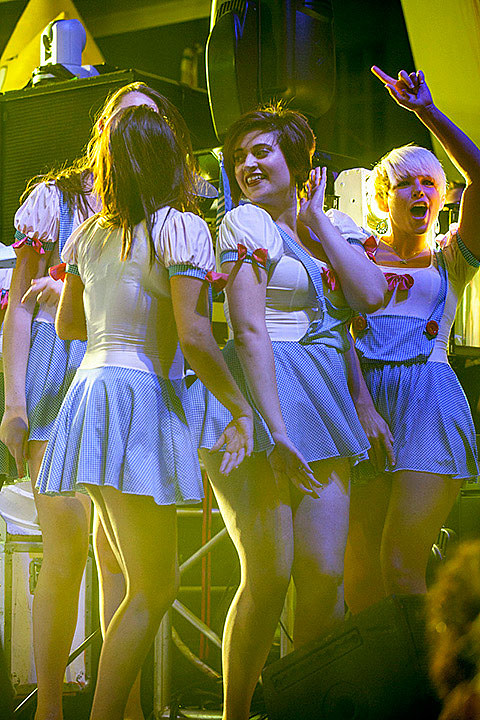 The Flaming Lips were planning on landing in Simsbury, CT on July 15th, but Simsbury, CT has decided Wayne Coyne and crew will need to make other plans:

The town has decided against having The Flaming Lips play at the performing arts center at Simsbury Meadows this summer.

First Selectwoman Mary Glassman said the concert was conditionally approved pending a permit but that after conversations with Police Chief Peter Ingvertsen officials decided against the concert.

Glassman said the issue came down to staffing, and that it would have been difficult to get the necessary police officers in place for the concert, especially since the previously approved Emmylou Harris concert is planned for the following night. [Hartford Courant]

Meanwhile, the Flaming Lips have arrived in the NYC-area for a three-night run that looks like this:

Flaming Lips are here:
May 15 - The Late Show with Jimmy Fallon
May 16 - Montclair, NJ The Wellmont Theater
May 17 - Prospect Park Brooklyn, NY - GoogaMooga

Tune into Fallon tonight, get your tickets for the NJ show, and make sure to get to Prospect Park on Friday by 6:15!! The Darkness, Flaming Lips and Yeah Yeah Yeahs all on one bill has the makings of an epic show. It's just too bad that the Lips go on so early, and it's even sadder that the Darkness play at 4:45!

All tour dates and the band's newest (and very) NSFW video below...