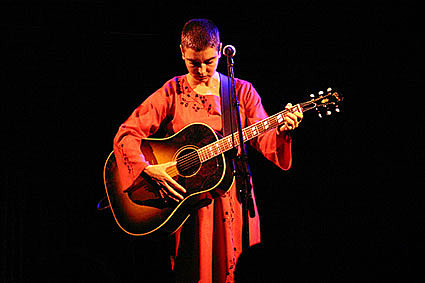 Not that the comments aren't always a poll, but I'm especially interested to here what people think about Sinead O'Connor. Who likes her enough to buy tickets this Friday (presale) & Saturday for her show October 23rd @ Beacon Theater? I'm not knocking her - I'm just really wondering what people's interest is in Sinead, and I'm admittedly not very up on her recent music - that includes her new album Theology. Her last two NYC appearances were small ones - see pictures above and below. She also made a controversial appearance on WNYC while she was here - listen at their site. All tour dates below too.... 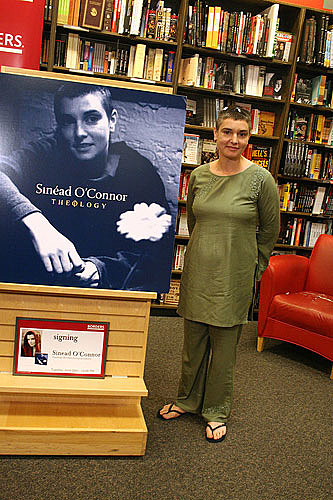