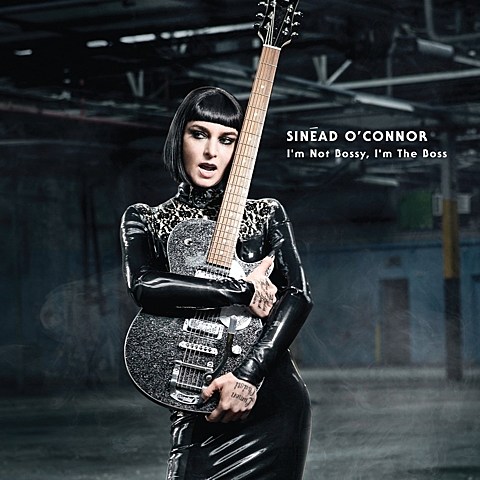 Miley's mentor Sinead O'Connor will release her new album, I'm Not Bossy, I'm the Boss (inspired by the "Ban Bossy" campaign), on August 12 via Nettwerk. Its first single is the anthemic "Take Me To Church," which you can stream, along with the tracklist, below. That's the artwork above.

Sinead will also be going on a tour in support of it, and though it appears more dates are still TBA, we know it will include a 3-night run at City Winery (Oct. 27, 28 & 30), like the one she did last November (pics). Tickets for night 1, night 2, and night 3 are on sale now.

All currently known dates are listed, with the song stream and LP tracklist, below...

Sinead O'Connor - "Take Me To Church"