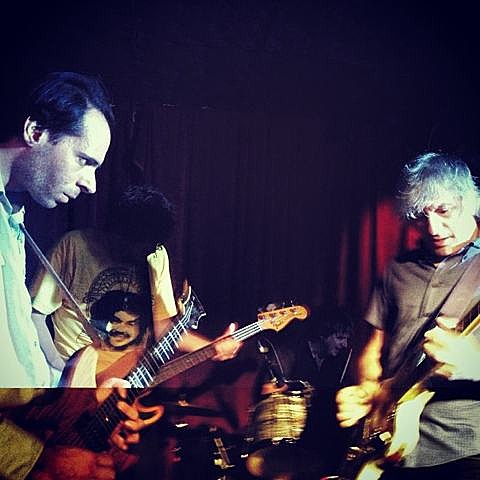 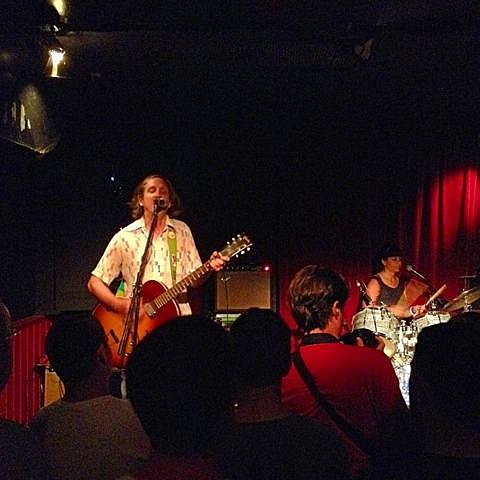 This is it, the last day for iconic Hoboken rock club, Maxwell's which is shutting it's doors tonight (or the wee hours of Thursday) after 35 years. Last night's penultimate show at Maxwell's was headlined by Lee Ranaldo & The Dust. One of the openers was a mystery group, Single Dynamite, which turned out to include Yo La Tengo's Ira Kaplan and Quasi drummer Janet Weiss. Did anyone go last night? How was it?

UPDATE: Check out a full set of pictures from the Lee Ranaldo/Single Dynamite show.

Meanwhile, today's Maxwell's closing block party starts at 4 PM on the street outside the club. In addition to the already-announced line-up of The Bongos, The Individuals and "a", Delicate Steve has been added to the bill. NJ.com reports that thing may be broken up into two separate shows inside the club: Delicate Steve and The Individuals at 6 PM; and then The Bongos and "a" at 9 PM.

The block party is free but the shows are notTickets ($10) for those final two shows (Individuals, Delicate Steve and The Bongos and "a") go on sale at 2 PM today.