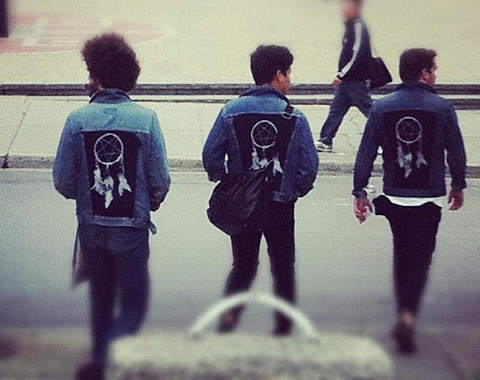 Now that their recent tour with Title Fight has drawn to a close (they played Bowery Ballroom in November), Canada's Single Mothers are scheduling dates in the new year as part of a campaign toward SXSW. So far dates are spotty, but look for the band to hit in NYC on March 2 at The Studio at Webster Hall. Tickets go on sale Saturday (12/15) at 9AM.

Another date of note in that recently announced set is part of Fucked Up's Long Winter series, monthly shows in Toronto that last until February. The band will join Fucked Up (who also play Warsaw next week) as well as Absolutely Free, The Highest Order, Dusted, Marine Dreams vs The Weather Station, Laura Barrett and Kristian Pedersen at The Great Hall on 12/14. This all-ages event will feature "immersive and interactive music, installations, visual art, readings, food and dance" and is "pay what you can."

Single Mothers released their self-titled EP late last year which you can stream below.

In related news, Fucked Up have a new video for "Inside a Frame" which you can watch below alongside the Single Mothers stream and a list of all dates.

Fucked Up - "Inside a Frame"