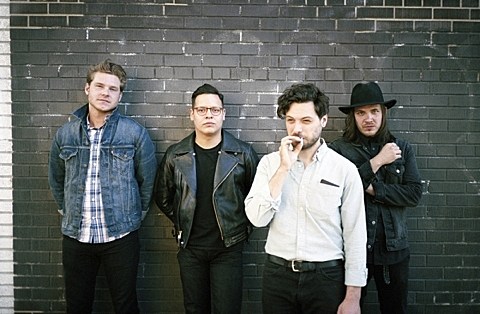 Canadian punks Single Mothers are a week away from releasing their debut album, Negative Qualities (due 10/7 via XL imprint Hot Charity), and they've now made the whole thing available to stream. Following a couple strong EPs from 2010 and 2011 and a ripping live show, this debut's been a long time coming and it delivers on the promises they've been making. It's sneering, angry, sarcastic DGAF punk rock that's bound to make you feel something. There's some familiar stuff in there -- Craig Finn's wordy delivery, The Bronx's punk n roll riffs -- but the attitude and the urgency in these songs make it refreshing as hell. Listen to the whole thing for yourself, over at Pitchfork.

Single Mothers have a new set of tour dates too. Nothing in NYC announced yet but they're in the Northeast with a gap around CMJ so stay tuned. All dates are listed, with a stream of "Marbles" from the new record, below...