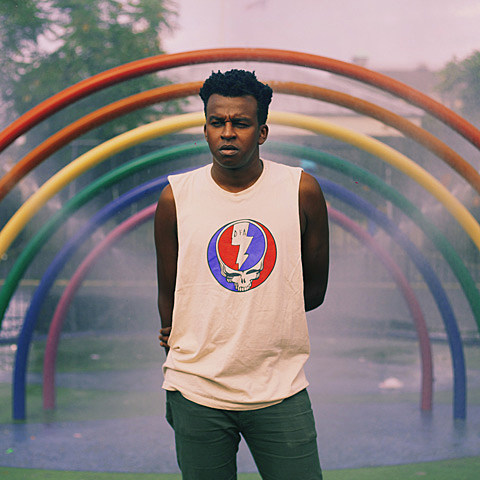 Sinkane, aka multi-talented Brooklynite Ahmed Gallab, was a busy man this year. He helmed the multi-city William Onyeabor Atomic Bomb tribute concerts, released his fifth album, the underrated Mean Love, and kept an active solo touring schedule. He's not slowing down either. Recently, Ed Banger domo Busy P remixed Mean Love track "New Name," turning it from a shuffling soul number into an electrofunk workout. You can stream that, and a few tracks from Mean Love, below.

As mentioned, Sinkane will be opening for Neneh Cherry at her first-ever NYC show which happens January 9 at Highline Ballroom. Tickets are still available. After that, Sinkane has a late winter tour planned which includes another NYC show, Rough Trade on February 15. Openers are still to be announced, but tickets go on sale Friday (12/19) at noon. All dates are listed below.

And finally, we asked Sinkane to give us a Top 10 of 2014 list and he returned with "Top 10 Grateful Dead songs for me this year." No irony in that t-shirt he's wearing at the top of this post. Check out his list, plus streams and tour dates, below...

* with The Numero Group
# with Neneh Cherry, Kaki King
@ with Mal Devisa
^ with Quantic