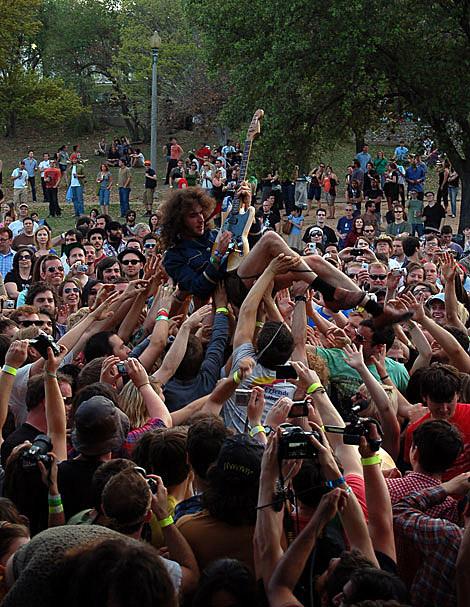 [The Village Voice is] downright ebullient to announce the official details on this year's Siren Festival, which will, as always be free, all ages, and rain or shine. It'll take place on Saturday, July 18 at Coney Island and likely involve a crowd-surfing drummer. Without further adieu:

Monotonix also has another Brooklyn show coming up much sooner.