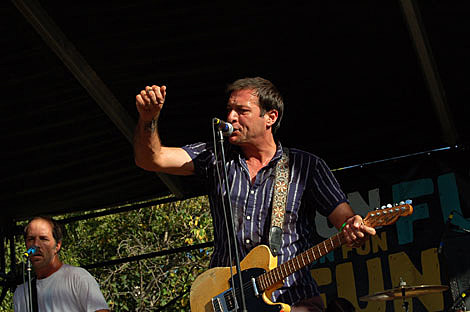 The Village Voice, the nation's largest alternative weekly newspaper, is excited to announce the addition of THE NIGHT MARCHERS, CYMBALS EAT GUITARS, EARL GREYHOUND, SCREAMING FEMALES and WYE OAK to the line-up for the 10th Annual SIREN MUSIC FESTIVAL at Coney Island, NYC on Saturday, July 17, 2010 from 12:00 noon - 9:00 p.m. These artists join scheduled performers MATT AND KIM, TED LEO AND THE PHARMACISTS, THE PAINS OF BEING PURE AT HEART, SURFER BLOOD and HARLEM with more to be announced.

Celebrating its 10th anniversary in historic Coney Island, SIREN has solidified its status as a leading New York City outdoor music festival, drawing over 100,000 music fans each year. With over 120 bands making their mark at SIREN over the last decade, this year will recognize SIREN's roots with the first ever return of past performers. MATT AND KIM and TED LEO AND THE PHARMACISTS will be heading back to the SIREN stage to celebrate. This free, all ages, all day festival is not to be missed.

So that was the July show Wye Oak were talking about.