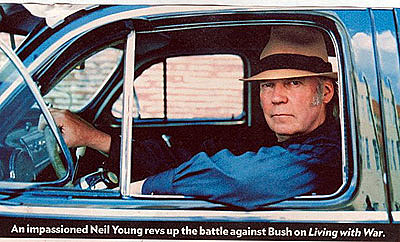 My Tuesday night Sirius radio shows have been all over the place so far. I maybe played one song twice in five weeks, and there have only been a handful of artists who I've played more than once. I think that'll be less-and-less true as weeks go on - partly for my sanity because picking 30-something songs each week, not to mention getting them to Sirius so they can make sure they have them in their system, is a lot of work. What I mean is - they'll probably be more repeats as the weeks go on. That said, here's my June 27, 2006 playlist.

I wanted to open with The Ballet because they're what I've been listening to most lately (the four songs I have anyway), and I'm excited to have them playing my show Thursday night @ Syrup Room.

Their anti-war song inspired me to play three more.

I already played Neil Young, so then I played a Neil Young cover by one of my favorite Brooklyn bands of all time, Type O Negative....

Mazzy Star's So Tonight that I Might See is one of my favorite albums of all time, so I played a track off that and then played four more of my favorite artists from the same time period...

I snuck a second track by the Ballet into the next set of songs... 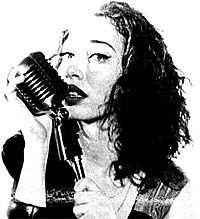 Then played more of my 'old' favorites....

I played Tokyo Police Club and Land of Talk back-to-back just like they're playing this Thursday at Syrup Room, and then Cat Power who has a similar voice to Lizzy from Land of Talk came right after Land of Talk, and then I ended with Regina Spektor...

No new show on July 4th. They'll be a repeat.