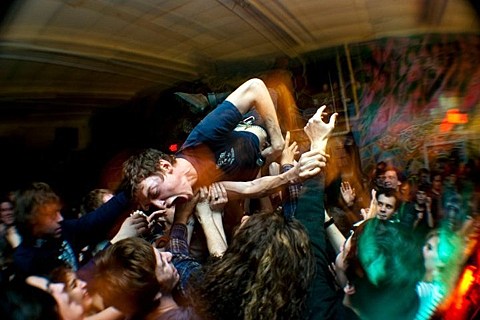 Upstate, NY punks Sirs released their self titled debut LP last year via Topshelf, which channeled the raw, fidgety post-hardcore of bands like Braid and Bear vs. Shark with the high-speed punk of something more along the lines of The Marked Men. Now they're set to follow that album with a new EP, also called Sirs, on November 19 via Double Double Whammy (the label run by Dave of Spook Houses and Mike of Sirs, who are both also in LVL UP, and who put out the cassette release of the new Porches album). The only physical release for the EP is a cassette release (limited to 100 copies), which you can preorder at the DDW webstore.

For the new EP, the band are leaning more towards the punk side of their sound, and its first single, "Impostor," is a borderline Wavves-style anthem that sounds like it's meant to shouted along to in garages and basements, but catchy enough for bigger rooms. That track makes its premiere in this post, and you can stream it, along with the EP artwork, below.

Sirs are planning to celebrate the new EP with some shows around its release, including one in Brooklyn on November 23 at Shea Stadium with a great lineup of Radical Dads, Shark? (whose -- speaking of Wavves -- super-catchy single California Girls you may have heard on the Wavves station of Grand Theft Auto V), and Porches. All dates are listed below.

Speaking of LVL UP, Porches, and Shea Stadium, as discussed, there's show at Shea tonight (10/10) with LVL UP, Kal Marks, Palehound, and the Porches-related Frankie Cosmos.

All Sirs dates are listed, along with the song stream and artwork, below... 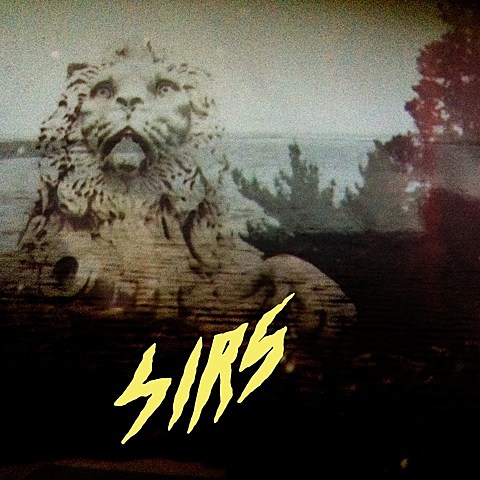