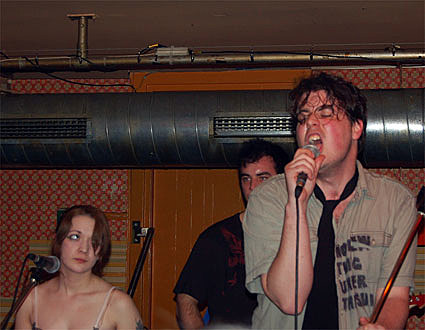 Union Hall is celebrating its 2nd Anniversary this month with a number of special shows including this week's sold-out Fleet Foxes show, Mia Riddle on Friday and the highly-underrated Wye Oak on Saturday. (If you haven't checked out Wye Oak's If Children, it's one of my favorite records of the year so far. Not groundbreaking or even fashionable, just great songs.) Union hall also has a Muxtape with a nice selection of the month's musical highlights and is well worth checking out. 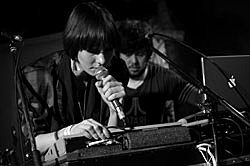 Not part of the Second Anniversary festivities per se, but if you're not worn out from celebrating America all weekend tonight (July 6) at Union Hall is Norwegian artist Sissy Wish who, despite the overly twee name, makes some really catchy electro-ish pop. Her 2007 album, Beauties Never Die, was nominated for a Norwegian Grammy and is not that far off from what Lykke Li does and can be found on eMusic if you have an account. I caught a bit of one of her SXSW performances and though it was a bit laptop-y, she was still pretty fun. Maybe for this short East Coast tour (including the Knitting Factory on Tuesday) she'll have more of a band? All dates are at the end of this post. Also on tonight's Union Hall bill are Toronto's The Coast who make anthemic vaguely anglo-inspired pop that doesn't easily fit in with any of their Canadian brethren at the moment (maybe Wolf Parade... a bit) -- which is a good thing if you ask me. Opening are Fresh Air Kids who are made up of former members of The Isles and Arbor Day.

One last Union Hall-ish note. London neo-folkies Noah & the Whale have canceled their NYC dates that were to have taken place before Lollapalooza. Their debut album, Peaceful, the World Lays Me Down, is coming out in America on July 29 (which was the same day that was to have been their Union Hall date) so their bound to be back soon. Noah & the Whale's new single, "Five Years Time," is pretty irresistible (and can be found over at my blog).

Last week we had the return of The Feelies (who were great at Battery Park on the 4th), Scottish lo-fi legends The Vaselines are in town next week making a couple stops on this coast before heading to Seattle to play Sub Pop Records's 20th Anniversary. Along with the Pastels, the Vaselines were probably the quintessential sound of '80s Glasgow indie. (If there is such a thing.) The band broke up in 1990 but got a fair amount of postmortem attention thanks to superfan Kurt Cobain, who wore their t-shirt on Nirvana's edition of MTV Unplugged on which they also covered The Vaselines' "Jesus Wants Me for a Sunbeam." (Nirvana also covered "Molly's Lips" and "Son of A Gun," both of which are on Incesticide.) Frontman Eugene Kelly went on to form Eugenius who were more popular but less influential. Of course... both their NYC shows (Maxwell's, plus Southpaw on the 10th) are sold out.

Opening for both dates are The Indelicates who were supposed to make their U.S. debut back in March but had to postpone. In addition to the Vaselines gigs, they're also playing Mondo NYC at Don Hill's on July 18 (next Friday). Probably not since The Beautiful South have we had such mix of arch wit, bile-fueled vitriol and jaunty melodies. Song titles included "We Hate The Kids". Eddie Argos is a big fan. The Mondo show should be fun. A couple MP3s from their website are on the top of this post.

Hopefully I'll have another post mid-week with more stuff, including some weekend picks -- The Crimea, Cut Off Your Hands, and more. 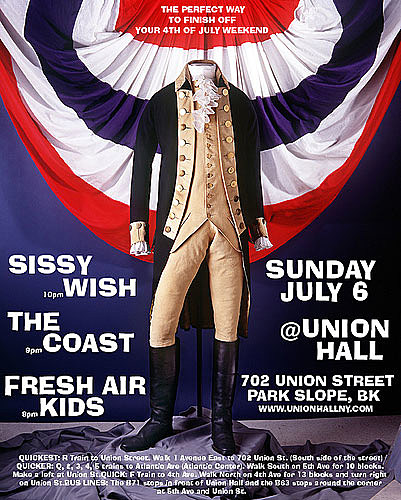