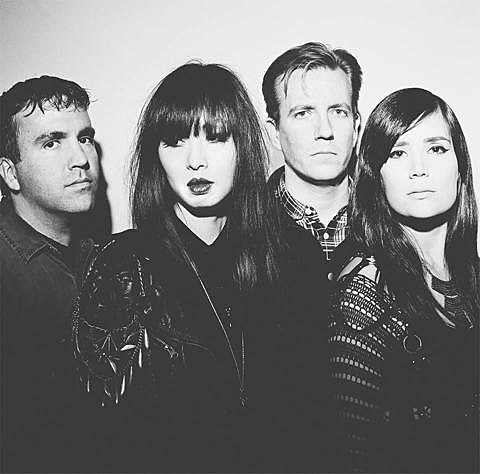 SISU, the solo project of Dum Dum Girls drummer Sandra Vu (the live band also features DDG guitarist Jules), are one of the many bands here for CMJ. They've added shows to their busy week, now with five total (plus a radio appearance), including one tonight:

We should note that the Saturday Fader Fort happens at Eventi Hotel in Chelsea and not at Converse Rubber Tracks (where the 10/17 & 10/18 Fader Fort dates are happening.) Sandra will also be one of the guest judges at Saturday's Soul Clap & Dance Off party at Brooklyn Bowl.

If you haven't heard SISU's new album, Blood Tears, it's an alluring mix of gothy postpunk and shoegaze styles that doesn't timestamp itself to a particular year. You can stream a couple tracks off the record below and hear the whole thing via Spotify. SISU also just recorded a faithful cover of Magnetic Fields' 69 Love Songs nugget "If You Don't Cry" and we've got the premiere of that in this post.

SISU's full CMJ schedule (including the other bands at their shows) are listed, plus the Magnetic Fields cover and a few other streams, below...