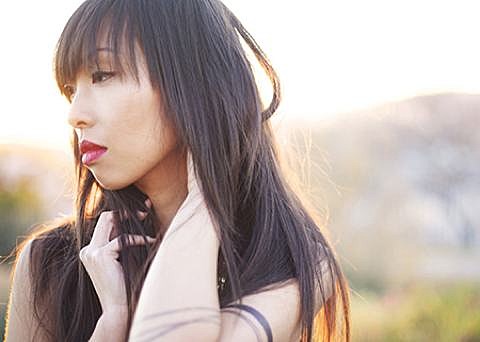 Since you are so busy with Dum Dum Girls, do you find it difficult to balance both projects?

Yeah, it's really difficult actually. With Dum Dum Girls, we have a lot of stuff going on, but it's still hard to kind of perceive what we're going to be doing next year, for instance, and with a band you kind of have to know when you're going to be free way in advance--like six to nine months--and that's kind of why I have to do more DIY stuff, because then I can just do it when I have time and don't have to plan with a company or anything.

While listening to Sisu it sounds much different than Dum Dum Girls--sparse, dark, more synth. What would you say are the largest differences between the bands?

Probably the biggest difference is that we use a lot of synth and keyboards, where Dum Dum Girls is more straightforward rock 'n' roll. Dee Dee [Penny] and I have similar tastes in music, but it comes out different. She mainly writes songs with guitar and her voice, where Sisu could be inspired by a keyboard part or drum part, or guitar too, but I think you can tell it comes out differently. It's not a straightforward rock band. -[OC Weekly]

Cat Power has had some pretty eclectic openers for her shows of late: Xray Eyeballs have opened for the singer in NYC and Europe, and Angel Haze will do so at Terminal 5 on Tuesday (1/29). For a couple of her other East Coast shows -- tonight (1/28) in Richmond, VA and Wednesday (1/30) in Philly -- Chan Marshall has tapped dream pop combo SISU, the band fronted by Dum Dum Girls drummer Sandra Vu.

While on the East Coast, SISU will play NYC as well, hitting Glasslands on Thursday (1/31) for a pretty sweet line-up that includes an "electric duo" version of Crocodiles as headliners, plus Punks of Mars and a Cassie Ramone solo set. Advance tickets are on sale.

SISU will be releasing new music soon via NYC label Mono Prism but in the meantime you can stream Demon Tapes Vol. 2 below. 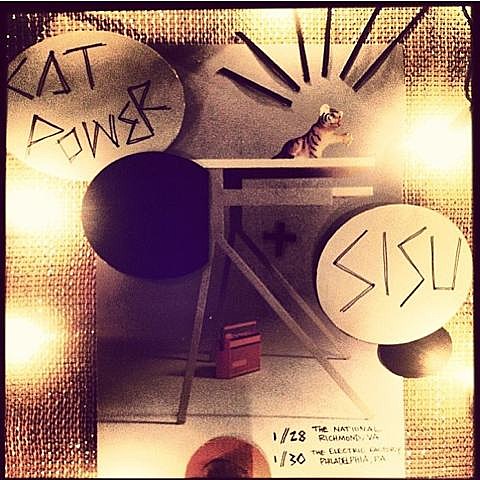