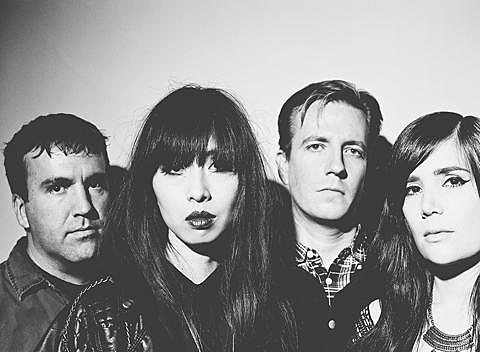 Dum Dum Girls drummer Sandra Vu's solo project SISU have announced that their new album, titled Blood Tears, will be out on September 17 via Brooklyn label Mono Prism. Says Sandra on the new album, "I didn't want to sound like any one thing -- a shoegaze band, an electronic band, a rock band -- but I did want to make pop songs with un-pop sounds." If you like the new Weekend album, chances are Blood Tears will appeal as well. You can stream the first single from the album, "Return the Favor," below.

As mentioned, SISU (which live also features DDG's Jules) will be touring with Dirty Beaches later this year, playing Bowery Ballroom on September 6. Tickets for that show are still available.

SISU have a few shows lined up on the West Coast before the Dirty Beaches tour too. All dates are listed, along with that song stream, below.

Filed Under: Bill Pearis, Dirty Beaches, Dum Dum Girls, SISU
Categories: Music News, tour dates
Comments
Leave A Comment
Indie Basement: Favorite Albums of the 2010s
12 New Songs Out Today
The National have been doing lots of covers on tour (and Taylor Swift is a fan)
A guide to the music of ‘Twin Peaks: The Return’
come to a panel about NYC’s concert industry at Brooklyn Public Library
Kristin Kontrol shares new song, DJing Cindy Wilson show at BK Bazaar, tells us her Top 10 of 2016