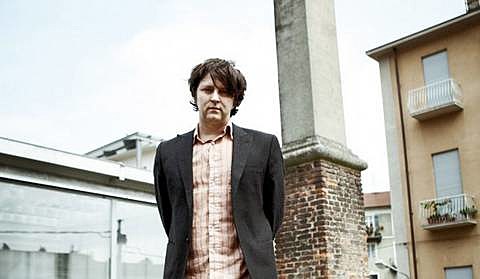 Six Organs of Admittance (the project of Ben Chasny) has returned this year with Ascent, an album of heavy psych rock with sludgy guitar solos taking over where acoustic guitars and drone textures where previously heard. The characteristic sounds of Six Organs aren't completely gone though -- there's the ambient "Solar Ascent" and the folky "Your Ghost" -- but Ascent certainly stands as a distinct piece of Ben's discography. The album also includes notable contributions from members of Comets on Fire, of which Ben has also been a member. You can stream two album tracks, "Waswasa" and "One Thousand Birds," below.

Six Organs have some upcoming West Coast dates this month and a European tour in October, but they've begun revealing more North American dates to go down after that, including a show in NYC which happens on December 1 at Mercury Lounge. Tickets for that show go on sale Friday (9/21) at noon with an AmEx presale starting Wedneday (9/19) at noon.

A list of all currently known dates and those song streams are below.