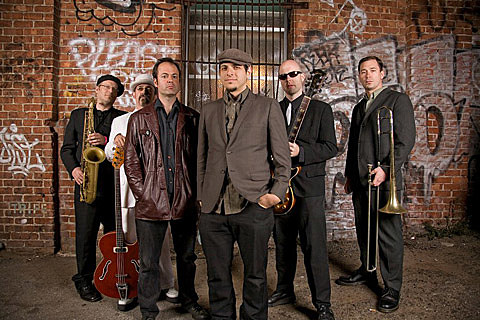 Lots of veteran ska bands hitting the road this spring and summer...

Congratulations to The Slackers, who will celebrate their 20th anniversary with a show in their hometown at Bowery Ballroom on June 17th. Tickets are on sale. The show comes less than two weeks after the band returns from a trip to the EU for a few weeks of dates which are all listed below.

Meanwhile, NYC's The Toasters celebrated their 30th anniversary with a beer (named after them, that is) (video below), and after the band returns from Europe, they'll play a Rocks Off Cruise on June 12th. Tickets for the NYC boat show are on sale. All tour dates are below.

The Pietasters will follow the lead of The Toasters, and play July 29th on a Rocks Off Concert Cruise. Tickets are on sale. The show is one of a few East Coast dates scheduled for the band, all of which are listed below.

Bad Manners returns to the US and to NYC with a pair of local shows: May 5th at Maxwell's with Hub City Stompers (tickets) and June 14th at The Studio at Webster Hall (tickets).

All tour dates and some videos, below...