photo: La Misma at Death By Audio in 2014 (more by Amanda Hatfield) 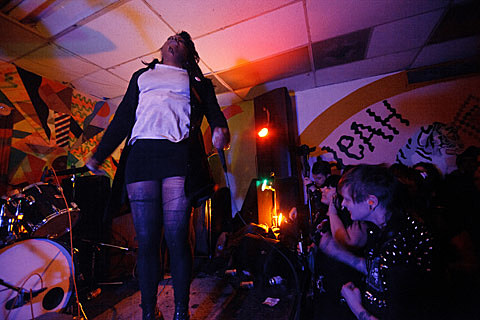 As always, there's a ton of metal and hardcore stuff happening in the NYC area. Here's a roundup of some of the latest.

As we get ready for the annual giant Decibel tour that this year features Abbath, High On Fire, Tribulation and Skeletonwitch, we recently found out that, following the sad departure of longtime Skeletonwitch frontman Chance Garnette, the new vocalist on this tour and beyond will be Adam Clemans of the great Wolvhammer. As we wait to see whether he can fill those shoes, here are some recently-announced shows you might be interested in.

'80s dudes Anvil are touring a ton in in 2016, including a show in NYC at Black Bear on May 14 and in Long Branch, NJ at Brighton Bar on May 13. Tickets for Black Bear are on sale now, while you can get the NJ tickets at the door.

Local punks Crazy Spirit and Warthog have a show coming up at Palisades on March 12 with Sadist, Savageheads, Mommy, Nandas, Murderer and Spitehouse. Tickets are on sale now.

Also at Palisades, hardcore band La Misma will be playing with Sadist, Green Beret, Pure Disgust and Blood Pressure on April 15, and tickets for that are on sale now. La Misma are also opening for Framtid when they play the Acheron on March 25.

LA powerviolence legends Despise You are playing a NYC show right before they hit Maryland Deathfest. They'll be playing a show at Saint Vitus on May 26 with Yacoepsae, Sanitys Dawn, Whoresnation, Six Brew Bantha and Backslider. Tickets for that are on sale now.

Over at the Acheron on March 14, you'll have a chance to see the killer double-bill of LA blackened thrashers Witchaven and like-minded Dallas rippers Steel-Bearing Hand. Tickets for that are on sale now.

In terms of new music: Finnish grinders Rotten Sound released a new song called "Brainwashed." Stream that below (via Metalsucks). 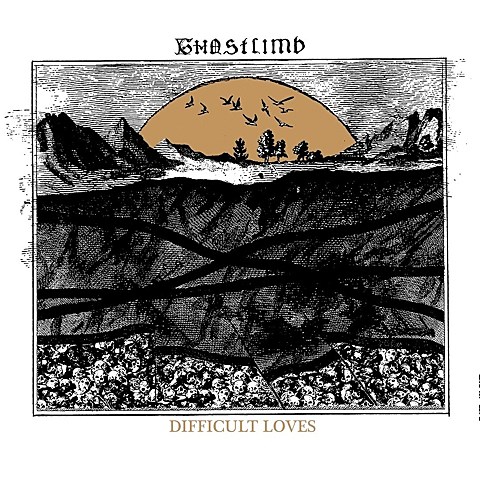 You can always do well to scope out what's going on with our metal experts over at Invisible Oranges. Like this week they've plumbed the depths of bandcamp to find some great stuff that you probably have never heard of. And they reviewed the excellent new Ghostlimb album, which you can stream below.

Now on to some reminders. Since we last spoke, much has been announced, like Black Dahlia Murder, Nails, Magic Circle/Ecstatic Vision, Krieg, Lamb of God/Corrosion of Conformity/Clutch, Graves at Sea, and Royal Thunder.

That about does it. Check out music from Steel-Bearing Hand, Witchaven, Warthog, Rotten Sound, Ghostlimb, and tour dates for Anvil, below...