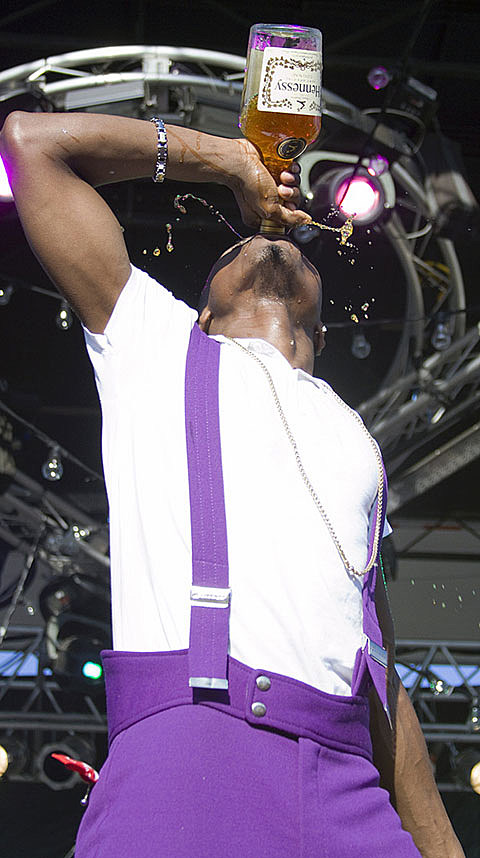 It's been a bunch of years since he's been in the group, but you probably remember Major Lazer hypeman Skerrit Bwoy if you ever saw the group live towards the beginning of their existence (like at Pitchfork Fest 2010).

He was gone by the 2013 album, as Major Lazer's Diplo points out in a Rolling Stone article:

While original Major Lazer partner Switch shows up on a few new tracks, Diplo replaced the original, controversial frontman Skerrit Bwoy (who left following a religious conversion) with new members Walshy Fire and Jillionaire. "I first hooked up with Jillionaire in Trinidad when I was working on Kala with M.I.A.," Diplo says. "He was actually the first MC for Major Lazer before Skerrit Bwoy. A lot of people didn't appreciate Skerrit's misogyny, and then he found Jesus, so Jillionaire just made sense. Besides, it's a collaborative album - that's just the kind of stuff we do."

Still religious, I just noticed via Twitter that Skerrit Bwoy has an open invitation for New Yorkers to join him at church on Sunday morning. Intrigued, I searched around for more information and found that he talked about his religions conversion in a 2014 documentary entitled "A Broken Faith". You can watch the clip below...