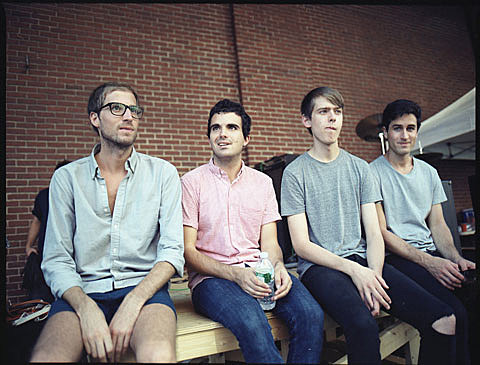 While Ski Lodge are still putting final touches on their debut album, the Brooklyn band will release a new single, "Just to Be Like You," via Dovecote on April 16. Much like the band's 2011 EP, the new single owes more than a little to early-'80s janglers Orange Juice and The Smiths. It's pretty darn catchy and you can stream it below.

Meanwhile, Ski Lodge will play NYC on Friday (3/8) at Muchmore's with Literature, The Hairs, and The Teen Age. That's a pretty good show, especially if your tastes lean towards indiepop. Immediately after, Ski Lodge hit the road heading for Austin and those four letters that I'm really tired of typing. After that fest, the band will join up with Chad Valley for some dates on the West Coast and Southwest. But Ski Lodge will be back in time for NYC Popfest at the end of May. All tour dates are listed below.