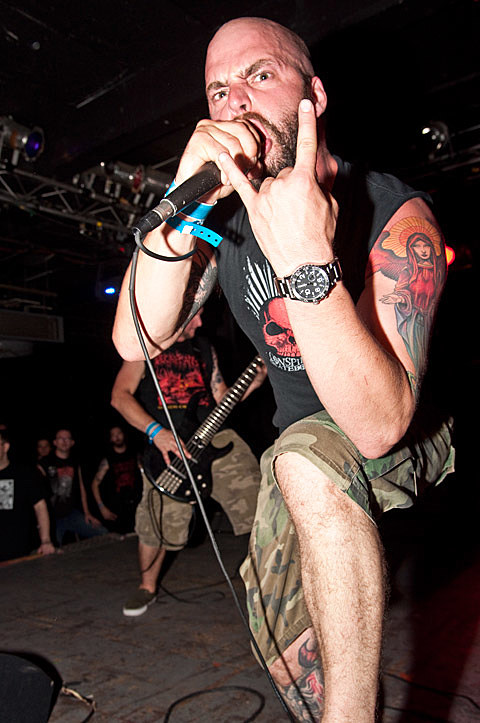 Plenty of great metal, hardcore, and other heavy shows in NYC are getting announced all the time. We don't get a chance to write about all of them, so here's a roundup of some recently-announced stuff coming up:

Veteran New York death metal band Skinless ended a two-year hiatus back in 2013, and this year they played Maryland Deathfest and returned with Only The Ruthless Remain, their first album since 2006. Now they've got more shows coming up, including NYC on November 21 at Saint Vitus. Tickets are on sale.

November is looking like a good month to see veteran death metal in NYC. Two other long-running bands, but international ones -- Canada's Kataklysm and Austria's Belphegor -- are teaming up for a tour and hitting NYC on November 9 at Gramercy Theatre. Tickets are on sale now.

Boston doomsters Fórn make their way back over here on August 22 at Acheron with Lycus, Funerary and Ooze. Tickets are on sale.

Union Pool has a couple heavy shows in August. They've got Mutant Supremacy, Locustra and Throaat on 8/1; and Natur, Pilgrim and Syphilitic Lust on 8/7. Then in September they have Anicon, Forest of Tygers, Infera Bruo and Belus on 9/19. No advance tickets for any of those.

There's stuff this weekend too. Tonight (7/17) there's Unearthly Trance at Acheron, more post-hardcore but Into Another and Fairweather at Gramercy, and more industrial-rap but kinda related but Dalek at Saint Vitus.

Summer Scum continues on Sunday (7/19), and you can also see Arabrot and Pinkish Black at The Studio at Webster Hall that night.

A ton of great bands were added to Maryland Deathfest 2016 today too. 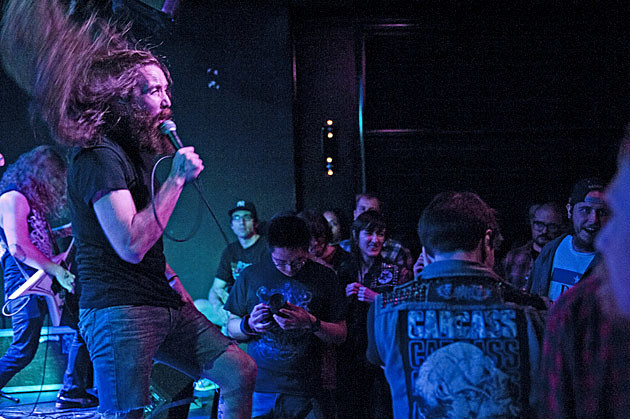 We also got some new music this week. The perfectly-named Ramming Speed released the political "Choke Holds & Bullet Holes" off their upcoming album, No Epitaphs (due 9/4 via Prosthetic), and throwback riffers The Sword released "Empty Temples" from High Country (due 8/21 via Razor & Tie). Listen below.

Skinless - Only The Ruthless Remain