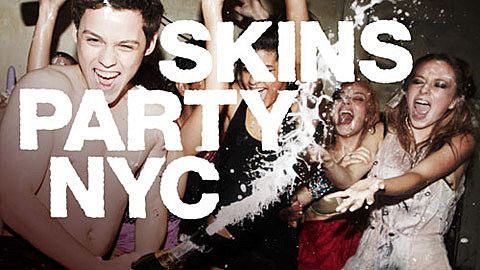 In case you somehow missed the crush of commercials on cable television, MTV has a new and possibly NSFW show called Skins based on a UK series about teens, sex, drugs, mental health and family. Skins, whose demographic seems to be "hip teens" who like nudity (read: teens) and pervy would-be pedophiles, will be celebrated at a FREE NYC party at the tail end of this week.

Rusko, Sleigh Bells, Klever, Drop the Lime, and Kill the Noise will perform at an undisclosed NYC location on January 14th. The party jumps off at 10PM and you must be 16 to get in ("16 to party, 21 to drink."). More details, and directions on how to get in are on the Facebook invite though even with an RSVP, "ENTRY BASED ON CAPACITY AND IS NOT GUARANTEED."

Sleigh Bells' "Kids" is the theme song to Skins, which premieres on Jan 17th. And the show is Sleigh Bells' only U.S. appearance in the coming months. The duo will spend the rest of January into February in Europe. All dates are listed below.

'Skins' party DJ Rusko went on a HARD Fest tour over the summer with Crystal Castles, Sinden & Destructo, though he wasn't on the bill when the tour hit NYC's Terminal 5 in August. Rusko won't be there either when Crystal Castles and Destructo play the same NYC venue on March 18th, 2011 (also a HARD show), and Rusko won't be there when HARD and Destructo return to Terminal 5, one night later, for a March 19th show with Simian Mobile Disco, Skream and Benga, and Fake Blood. Tickets are on sale. It's a "HARD Weekend" (flyer below).

Before then, Simian Mobile Disco are going on tour with Juan Maclean and Blondes (dates below). After then, Crystal Castles, Simian Mobile Disco AND RUSKO (and many others) will play the Ultra Music Festival in Florida (Friday, March 25, Saturday, March 26 and Sunday, March 27, 2011 in downtown Miami's Bicentennial Park). Currently announced lineup at the link.

All SMD & Sleigh Bells tour dates, flyers and some videos below.... 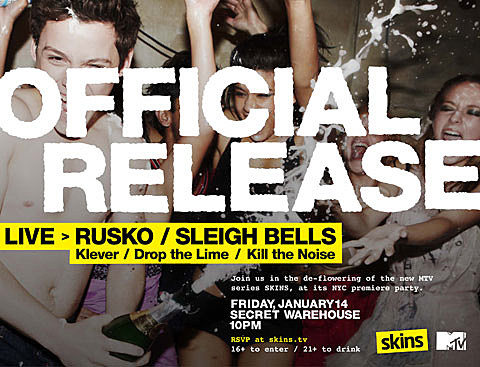 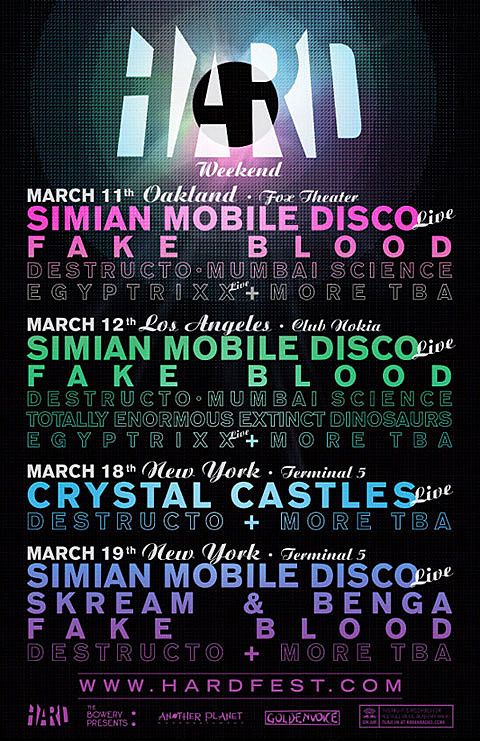