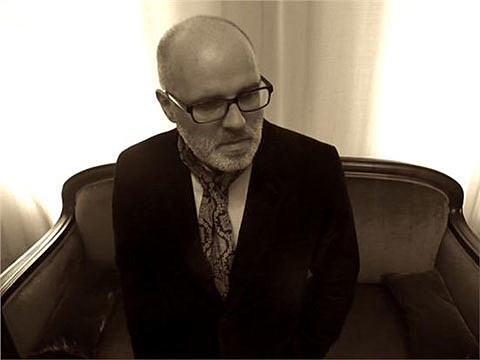 Skúli Sverrisson is an Icelandic bassist & composer with a history of backing up his talented friends (recent appearances by Skúli include Laurie Anderson's Homeland and Ólof Arnalds's Innundir Skinni). He celebrates the release of his own album, Sería II (out on his own Sería label), with a show at (Le) Poisson Rouge tonight (March 15); his backup band will include clarinetist Anthony Burr, guitarist Brad Shepik, bassist Eivind Opsvik , violinist/vocalist Caleb Burhans and guitarist/banjoist Brandon Seabrook, saxophonist Chris Speed and drummer Jim Black. Tickets are still on sale.

The album's compositions use a mainly acoustic palette of sounds to paint brief, evocative portraits, like series of self-contained short films. Good stuff for a day inside, a drive through the countryside or your room with the lights off. The first song off the album, above, should give an immediate idea of the texture.

A video of "Volumes" being performed live with Ólof Arnalds on vocals (on the record, they're provided by Kristín Anna aka Kría Brekkan) and one of the title song from first Sería, which came out in 2006, are below.

Ólof Arnalds plays the BrooklynVegan official showcase in Austin Wednesday night with Sam Amidon, Lady Lamb the Beekeeper, Ted Leo, Sharon Van Etten and Evan Voytas. It will be her first of four shows this week in Texas. Her full schedule is also below...