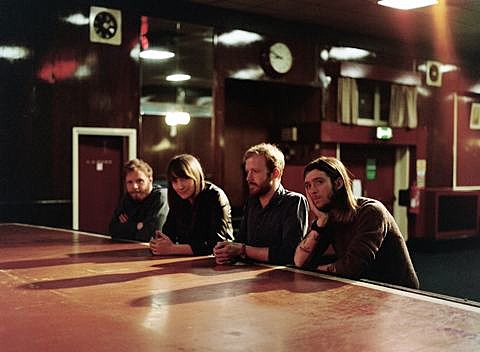 Leeds indie rock outfit Sky Larkin are gearing up to release their third album later this year. It's been almost three years since the group dropped the terrific Kaleide and since then the band have gone through some line-up changes. Bassist Doug Adams left the group for non-rock life pursuits. In regrouping, the onetime trio are now a four-piece with new members Nile Marr and Sam Pryor augmenting singer/guitarist Katie Harkin (who spent time as a touring member of Wild Beasts) and drummer Nestor Matthews. The new, as yet untitled album, was produced in Seattle by longtime collaboratore John Goodmanson. No release date for the record yet but you can stream the first single, "Motto," below.

The band are currently road testing new LP material across the UK with Dutch Uncles and later Marnie Stern. No North American shows lined up yet, but all dates are listed below.