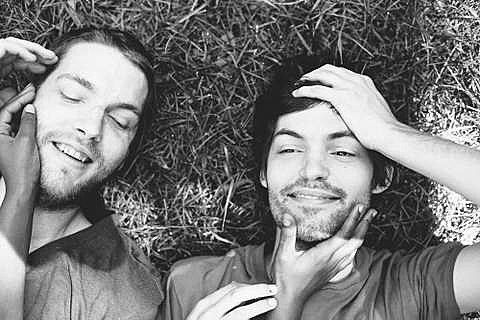 Brooklyn's Slam Donahue just released their debut EP, Hemlock Tea, which is digital-only at this point but will be out in a version you can hold in your hand via Cantora Records this fall. With a good ear for hooks, the band's folky, electronic-tinged pop is getting compared to MGMT a lot, which probably come from a similar vocal style and ties to the Wesleyan scene. You can download a couple tracks above and stream the whole EP below via Spotify below, along with a free downloadable mixtape.

Slam Donahue are playing a record release show at new Bushwick venue Delinquency on Thursday, August 23 with Toothpaste (Tecla & Kassa) and Relations. $8 gets you in the door and there's "free bourbon and vodka all night." More info here. Streams are below.